Apart for her films, Angelina Jolie is probably best known for her championship of children's rights + a full house with her own six children {three adopted}. But the actor and filmmaker's own childhood was anything but gilded. Her father ~ with whom she has a strained relationship ~ left when she was a toddler, and she had a tumultuous adolescence marked by drug use, depression + self harm. All of which fueled the tabloids during her early career. Her breakout success as a mental patient in Girl, Interrupted proved emotionally taxing, and she took a brief break from acting.

Since then, she seems to have found balance, moving from in front of the camera to behind it as a screenwriter + director. And, Angelina's openness about her experiences ~ and overcoming them to focus on helping others ~ makes her a role model for millions. She now lends her energies to raising awareness through her issue-driven films, and to protecting other children, through legal aid + refugee rights activism, as well as her role as a UN Special Envoy.

adoption | her first child, Maddox, was adopted from Cambodia in 2002, opening the door for two more children and a second career as a humanitarian activist devoted to human rights.

cancer awareness | Angelina is open about her experiences with genetic testing and her decisions to undergo preventative surgeries ~ inspiring thousands of women globally to look after their own health. Her choice of a double mastectomy was widely hailed as brave, particularly as she's known for her physical beauty. Some even say she "redefined femininity."

talent | her directorial + acting talents continually garner critical praise, no matter how the films are received overall. Her commitment to raising awareness + authenticity by working with a Bosnian cast for her first feature directorial effort, the war film In the Land of Blood and Honey.

2003 | founded the Maddox Jolie-Pitt Foundation for conservation in Cambodia, named after her first child. It's the first of several charitable + activist organizations she's founded, from disaster relief to law + justice groups.

2015 | after a preventative double mastectomy in 2014, Angelina also had her fallopian tubes + ovaries removed. Her mother died of ovarian cancer. Angelina chose not to keep her surgeries private in hopes what Time dubbed the "Angelina Effect" would inspire other women to receive genetic testing + save lives. 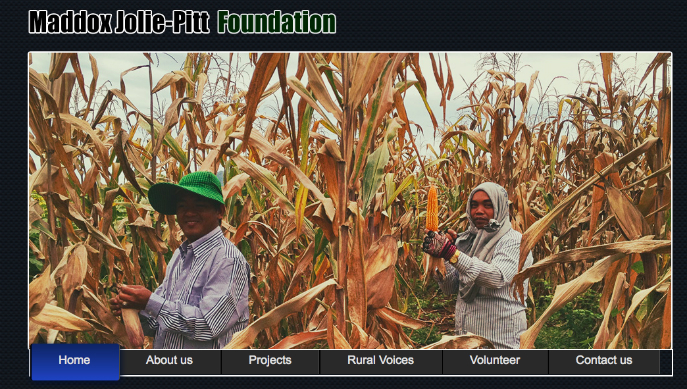 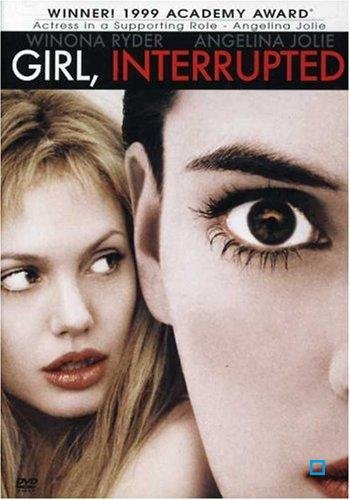 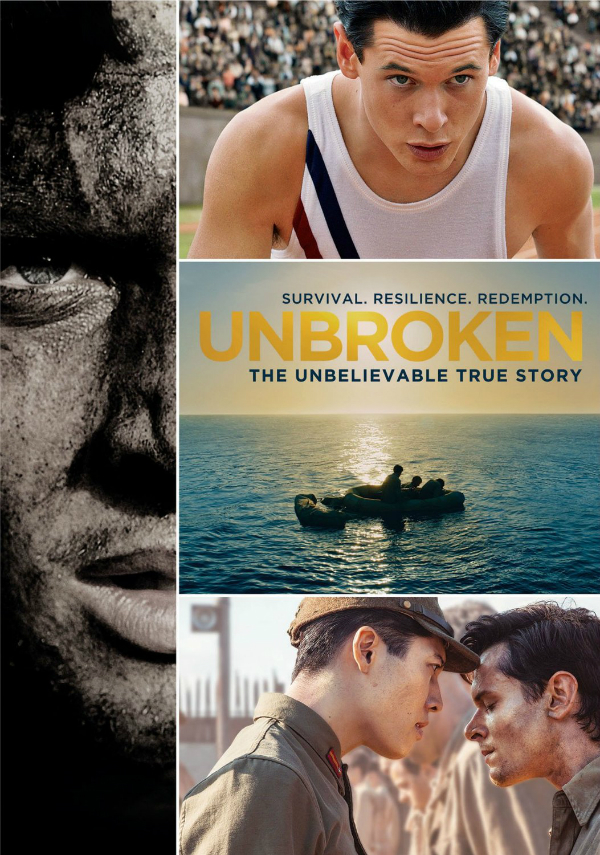 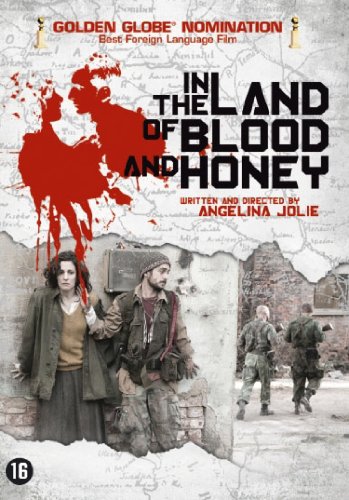 all quotes by Angelina Jolie Pitt (11)

"Life comes with many challenges. The ones that should not scare us are the ones we can take on and take control of."

"I do not feel any less a woman. I feel empowered that I made a strong choice."

"It has got to be a priority to ensure that more women can access gene testing and lifesaving preventive treatment, whatever their means and background, wherever they live."

"I choose not to keep my story private because there are many women who do not know that they might be living under the shadow of cancer."

"I feel at ease with whatever will come, not because I am strong but because this is a part of life. It is nothing to be feared."

"There is more than one way to deal with any health issue. The most important thing is to learn about the options and choose what is right for you personally."

"The beautiful thing about such moments in life is that there is so much clarity. You know what you live for and what matters. It is polarizing, and it is peaceful."

"It is possible to take control and tackle head-on any health issue."

"Seek advice, learn about the options and make choices that are right for you. Knowledge is power."

"Cause a little trouble. It's good for you." 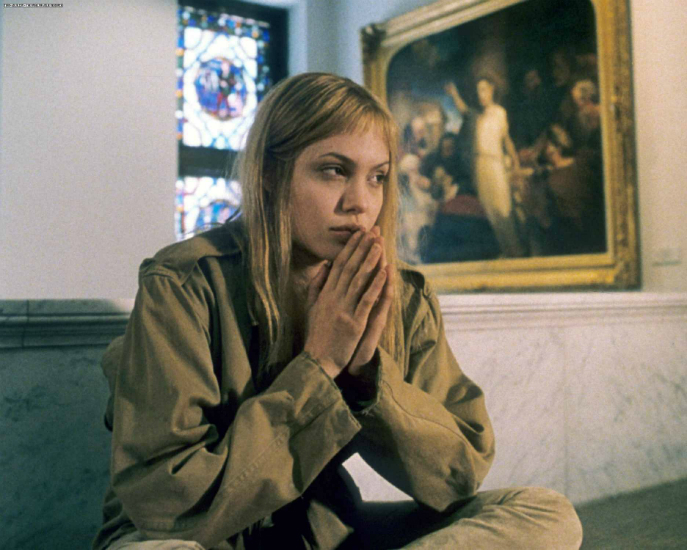 Angelina as Lisa in Girl, Interrupted

Angelina's portrayal of sociopathic mental patient Lisa was emotionally challenging for the method actor ~ particularly as she struggled with depression, drugs + self harming as a teen. Her memorable performance won her an Oscar, and secured her position as not just a beautiful woman, but an actor to take seriously. 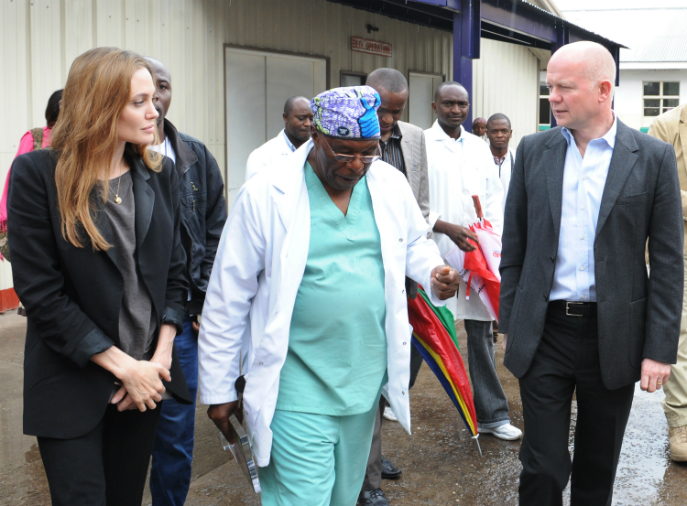 Angelina visits the Heal Africa clinic and rehabilitation center in Goma, in the Republic of the Congo. As part of her UN Special Envoy mission, she is deeply concerned with women's + children's rights ~ particularly in war zones. Here, she's listening to a physician along with former UK Foreign Secretary William Hague. 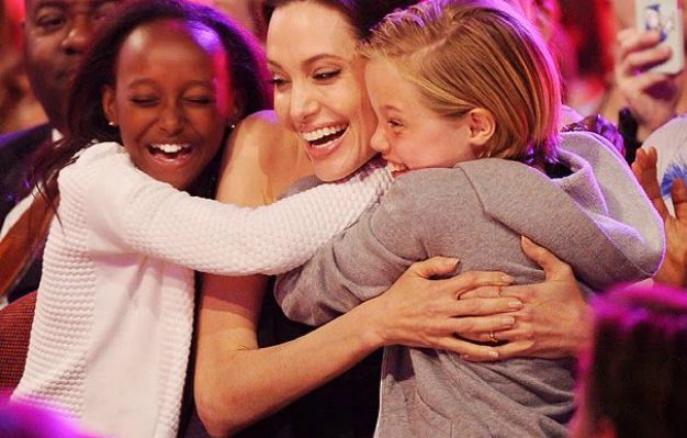 Angelina celebrating a win for Favorite Movie Villian {for Maleficent} with daughters Shiloh and Zahara at the Nickelodeon Kids' Choice Awards in 2015, just days after announcing her successful preventative surgery to remove her ovaries.