A championship swimmer, cliff diver, vaudeville performer and movie star, Australian Annette Kellerman was a superwoman of the Victorian era. But perhaps her biggest legacy is something that benefited us all ~ the one-piece swim suit. It wasn't easy to do the crawl stroke in pantaloons and a dress, so Annette designed a form-fitting alternative. Though considered risqué, it popularized the sport + lured women to the water.

Annette became an international celebrity ~ even earning a star on the Hollywood Walk of Fame. She also wrote books on health, fitness + beauty and continued to swim until shortly before her death at 89.

first woman to attempt to swim the English Channel | stopped after 3 tries ~ "I have the endurance, but not the brute strength"

1907 | arrested for indecency on Revere Beach {near Boston, Massachusetts} for wearing her skin-tight, one-piece bathing suit

1952 | MGM releases the film Million Dollar Mermaid based on her life, with Esther Williams in the starring role

Marrickville, Australia
~ a suburb of Sydney ~

did swimming and diving exhibitions at the Melbourne Baths, swam in a tank with fish and performed a mermaid act

James "Jimmie" Sullivan
~ married to her manager for 63 years  ~

healthy living | a life-long vegetarian, she opened a health food store in California 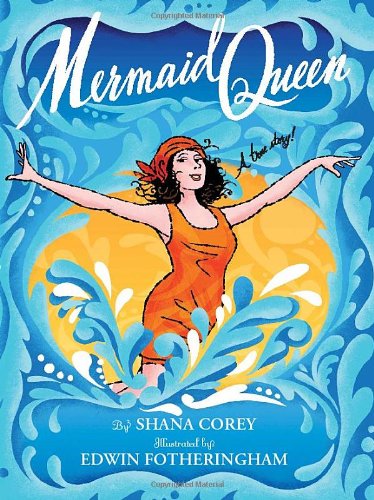 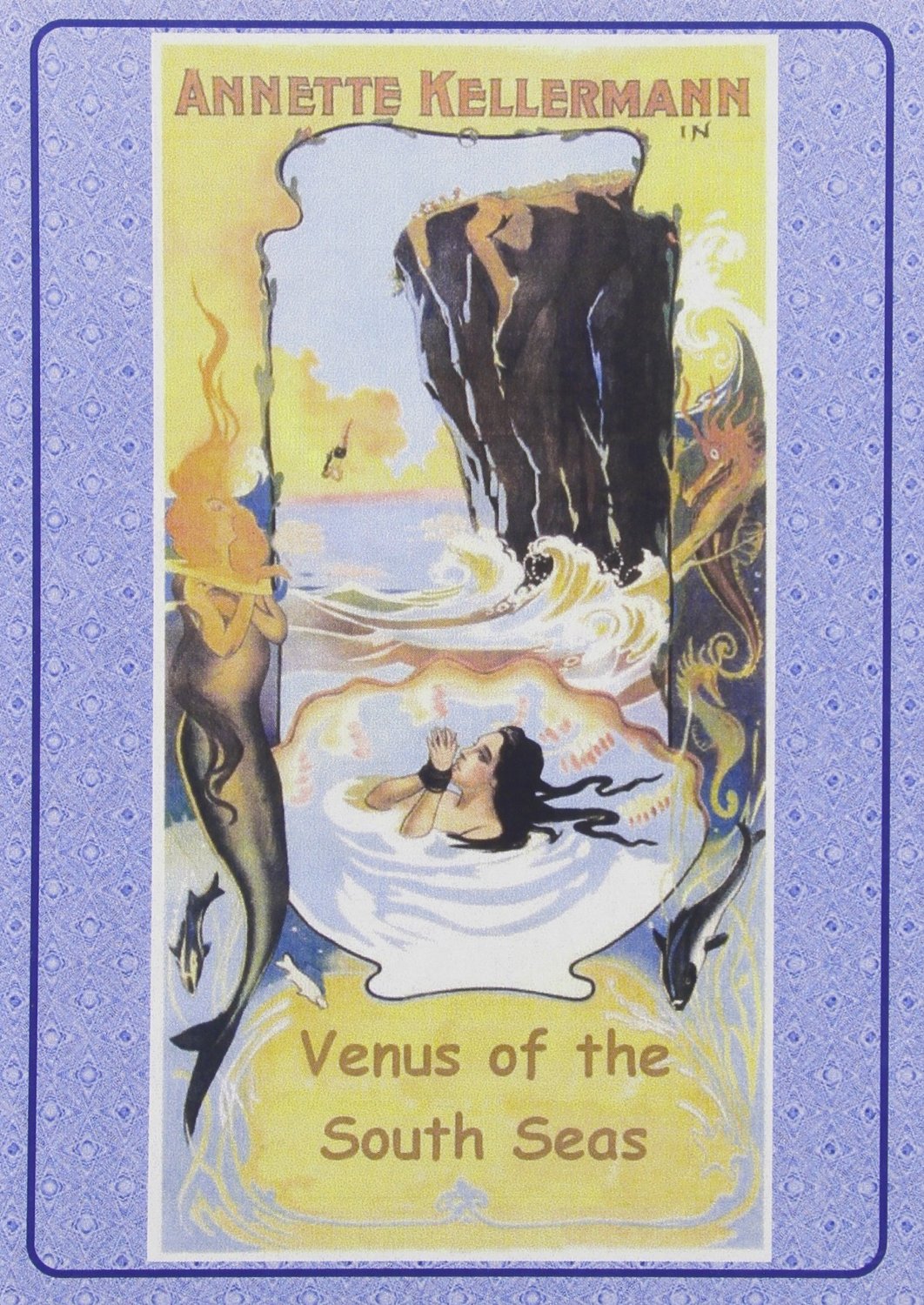 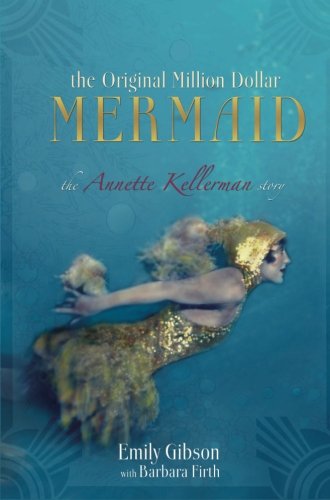 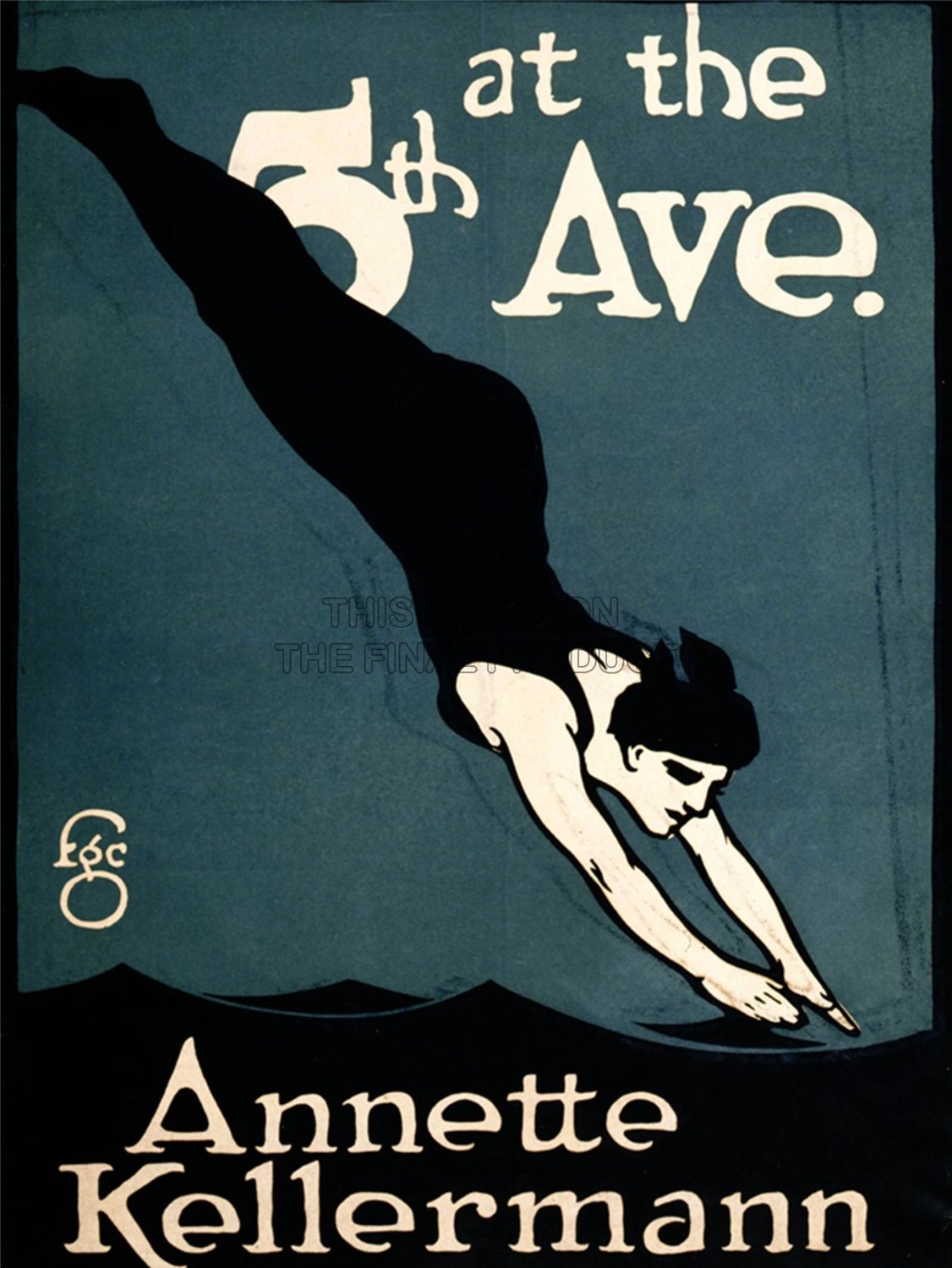 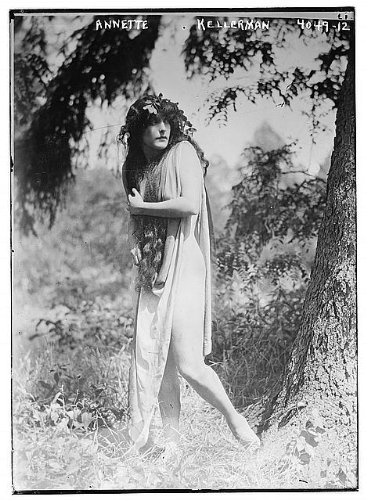 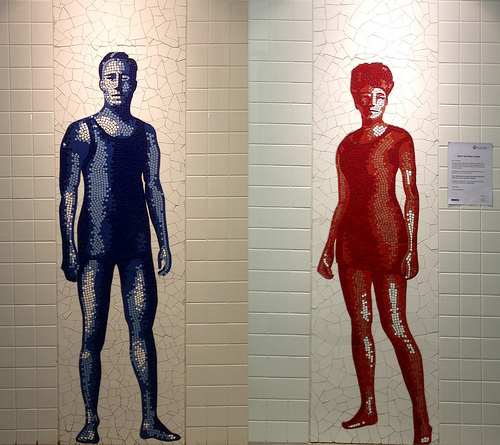 all quotes by Annette Kellerman (10)

"I don't want to be just a pretty fish."

"I can't swim wearing more stuff than you hang on a clothesline."

"Swimming for women is more than physical, it can engender self-confidence, and in the art and science of swimming, a kind of equality, even superiority to that of men."

"If you are going to swim, wear a water bathing suit. But if you are merely going to play on the beach and pose for your camera friends, you may safely wear the dry land variety."

"My early physical misfortune has turned out to be the greatest blessing that could have come to me. Without it I should have missed the grim struggle upward and the reward that waited at the end of it all."

"Swimming is a pleasure and a benefit, a clean, cool, beautiful cheap thing we all from cats to kings can enjoy."

"Swimming cultivates imagination; the man with the most is he who can swim in his solitary course day or night and forget a black earth full of people that push."

"The man who has not given himself completely to the sun and winds and cold sting of the waves will never know all the meanings of life."

"I learn much from people in the way they meet the unknown of life and water is a great test. If they come to it bravely, they've gone far along the best way. I am sure no adventurer nor discoverer ever lived who could not swim."

for further reading about Annette Kellerman: 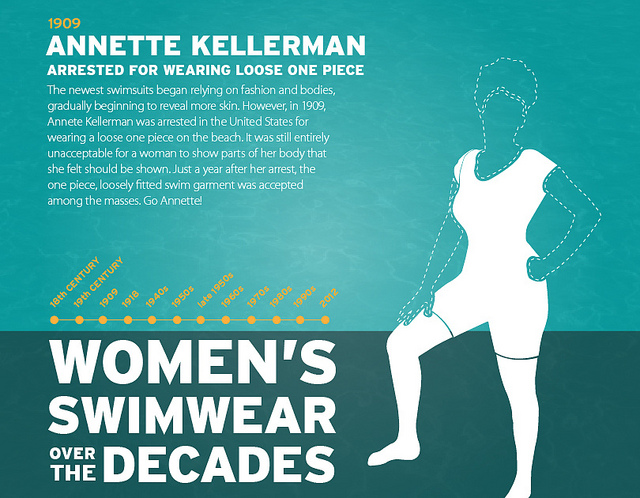 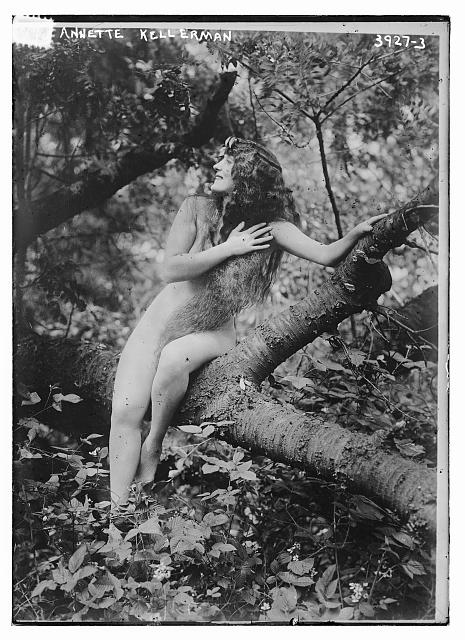 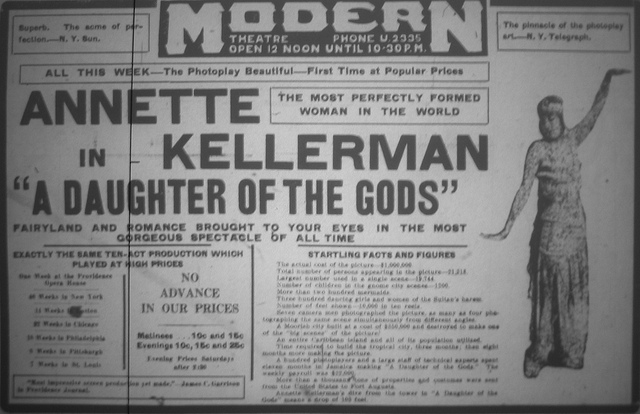 June 17 - Modern - Annette Kellerman in "A Daughter of The Gods" 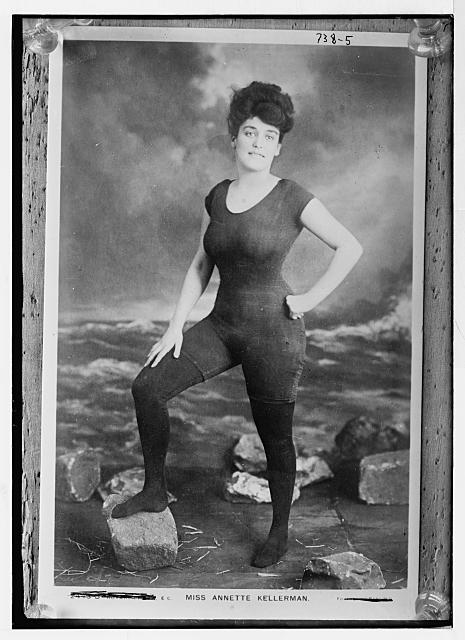 Annette boldly models the swim suit she made famous. 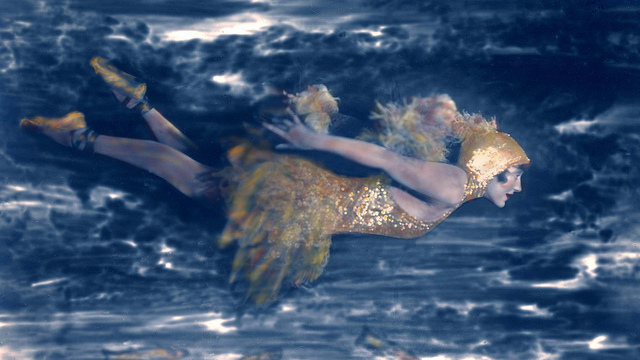 Annette swimming underwater in a gold sequined dress in the movie "The Original Mermaid."