Claire Bertschinger was a Red Cross nurse in 1984, when a TV reporter filmed her in the grim task of choosing which of the hundreds of starving Ethiopian children would receive one of the limited relief meals that day ~ and by default, which children would be left to die. That image inspired one of the biggest relief efforts of all time. Back in England, singer Bob Geldof cried when he saw it ~ then brought together a who's who of musicians to record the single "Do They Know it's Christmas?" Simultaneous "Live Aid" concerts in London + Philly raised $286 million for hunger relief. Claire, now a lecturer at the London School of Hygiene and Tropical Medicine, will never forget how it felt when planes started dropping relief supplies. "I thought, 'Wow,'" she said. "'We're saved.'"

an ongoing mission | after spending 15 years as an aid worker in overseas, she now teaches foreign aid nurses in London

1984 | picture of her surrounded by starving people

nursing, but struggled in school because of dyslexia

English missionary to China played by Ingrid Bergman in the film, The Inn of Sixth Happiness

International Committee for the Red Cross 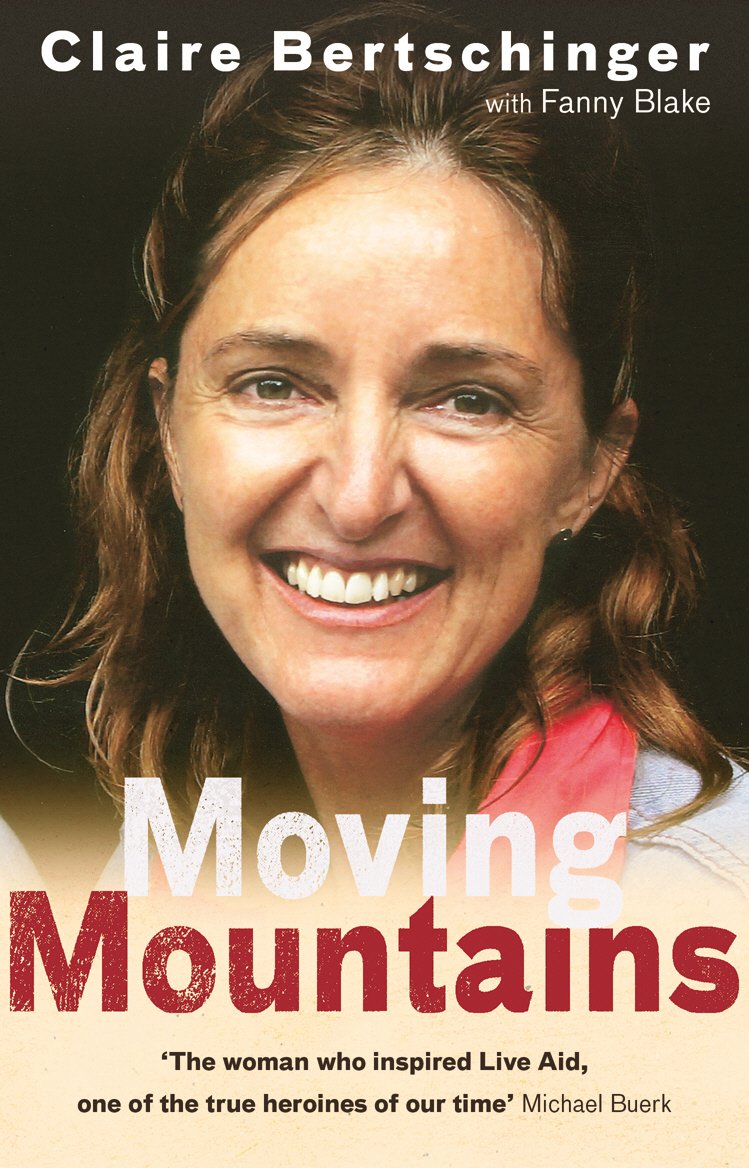 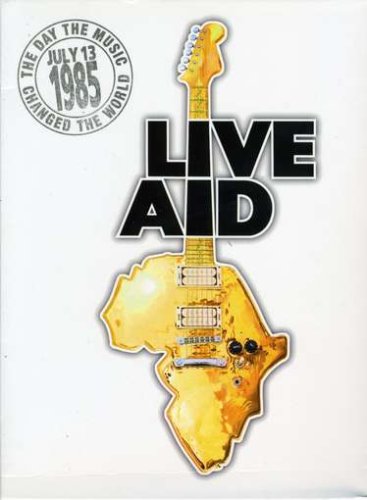 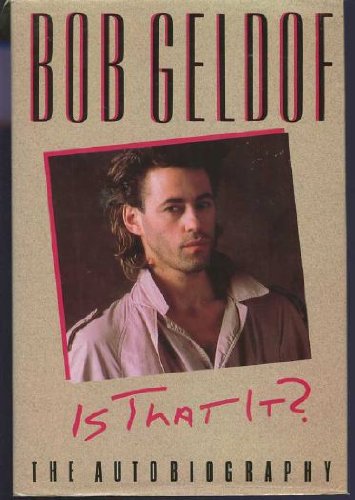 Bob Geldof: Is that It? 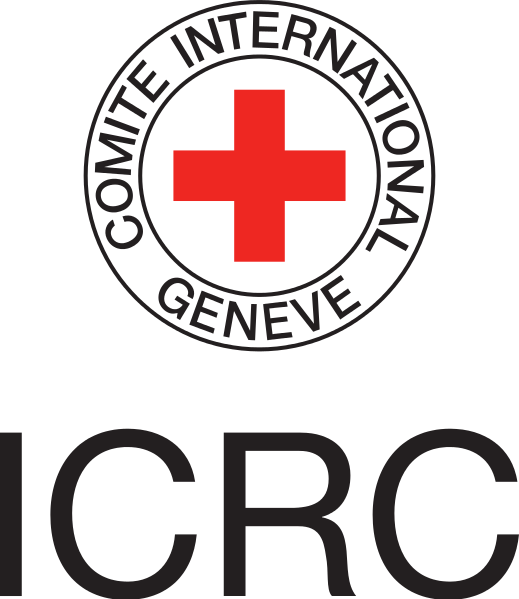 International Committee of the Red Cross

all quotes by Claire Bertschinger (13)

"They must think that I am like a god who, with a nod of the head, can decide if they are in or out. You see, I have to select 50-70 children from over 1,200 who are all under nourished and sick in one way or another."

"The pressure is unbearable. Hell! What a job."

"I'm a quite eccentric person in certain ways...and it was very difficult for people to understand me. So I decided just to blossom and to be and to enjoy life."

"There is nothing sweeter, gentler or softer than water. But water has the power to move mountains."

"Increasingly, I have become convinced of the centrality of education in making and sustaining any improvements in the developing world."

"The empowerment of women, educationally and economically, is a major weapon in the fight against child mortality in the developing world."

"To me, I was just doing a job that I enjoyed and was good at."

"I finally understood that I did not have to work on the front line to create value."

"We didn't choose the ones who were the worst because we knew they would die within a few days. I chose the ones with a spark of life in their eyes."

"I eventually became a nurse by working hard at what I was good at ~ caring and compassion. Of course to pass exams I had to work twice as hard as anyone else, but I got there in the end."

"I don't live just to eat and sleep and get money to have a nice house ... I have to create value ~ I have to do something in life."

for further reading about Claire Bertschinger: 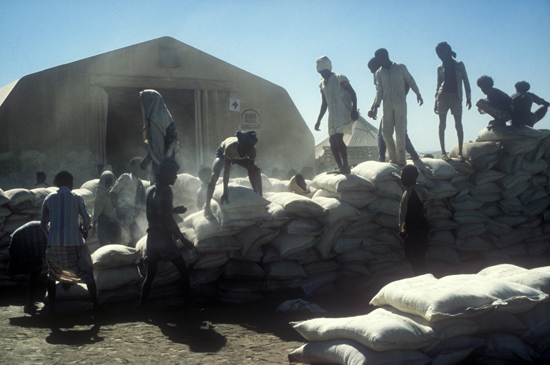 Food distribution by Red Cross volunteers in Ethiopia in 1984. 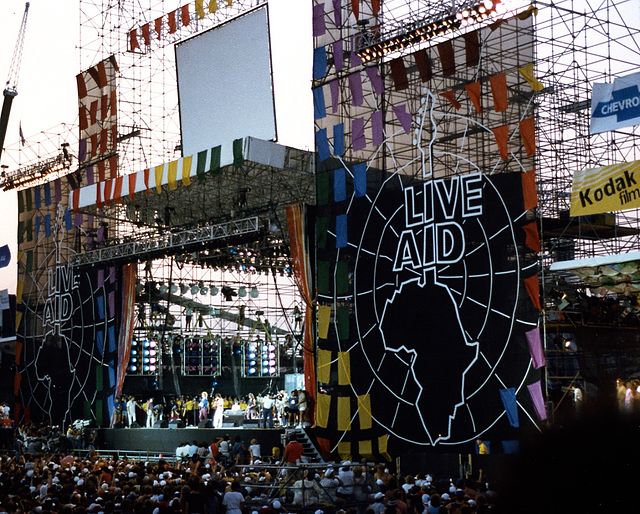 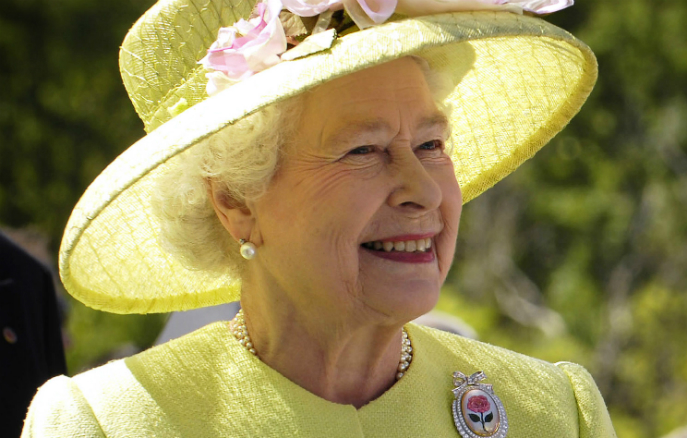 In 2010, Claire was included on Queen Elizabeth's New Year's honors list ~ she's now Dame Claire {DC OBE, officially}. The honor was in recognition of her tireless service in harsh, unforgiving environments, + for her caring and compassion. Long after Live Aid, Claire continues to work to improve lives in developing nations ~ through advocacy and training nurses. 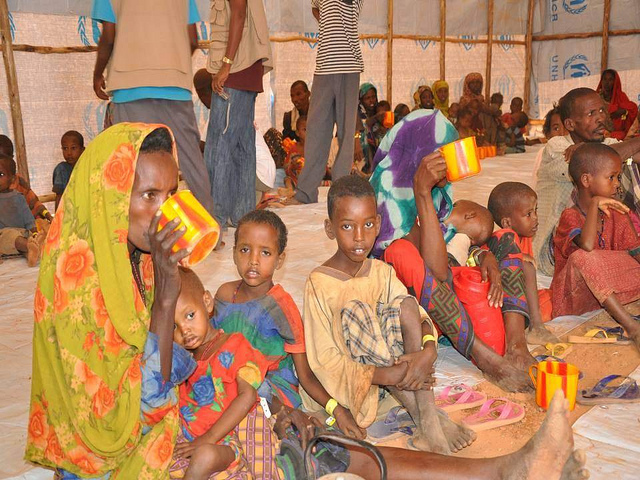 Getting nutrition support to mothers and children

International organizations are now providing treatment for moderate malnutrition that is reaching 16,000 women and children in Ethiopia. Claire's work at the London School of Hygiene and Tropical Medicine helps prepare nurses for work in development, international aid + relief.