Emma Willard grew up in an era when the primary aim of women's education was to "decorate the blossom." And, to do so according to the tastes of men. An ace student who became a teacher at age 17, Emma quickly became dissatisfied with overseeing coursework mainly designed to make ladies attractive to suitors.

In 1814, she founded her own boarding school to offer women a well-rounded education in the sciences + humanities. By 1821, she had secured enough support + investment to open her own campus ~ the Troy Female Seminary. A decade later, it had 300 students and was turning a profit. The success of her school made Emma an education celebrity who published top textbooks and lectured widely in the US + Europe. Her Troy campus is still at the forefront of innovative teaching today. Among its "Emma girls" ~ women's rights champions like suffragist Elizabeth Cady Stanton + actor Jane Fonda!

peace {because of Civil War} 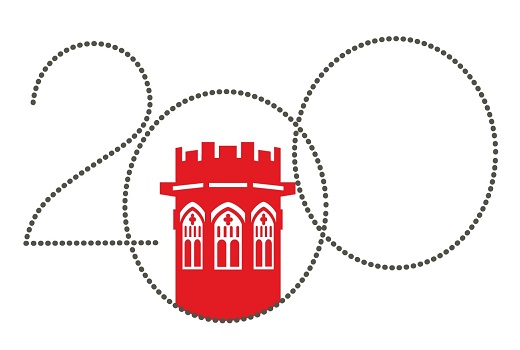 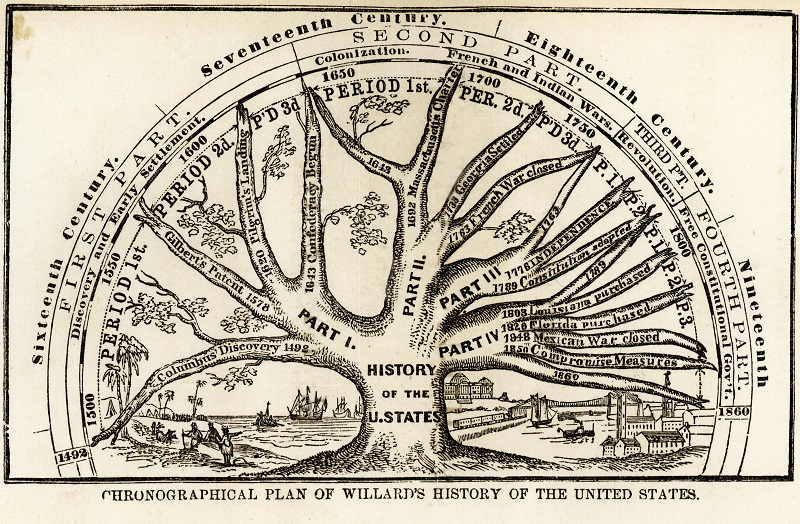 Emma's chronology of US History 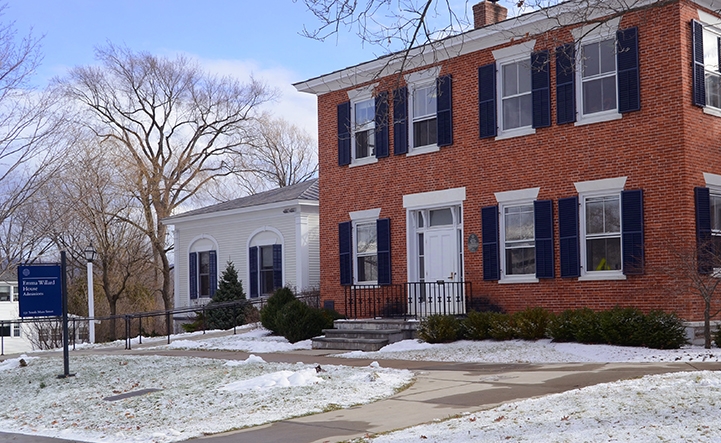 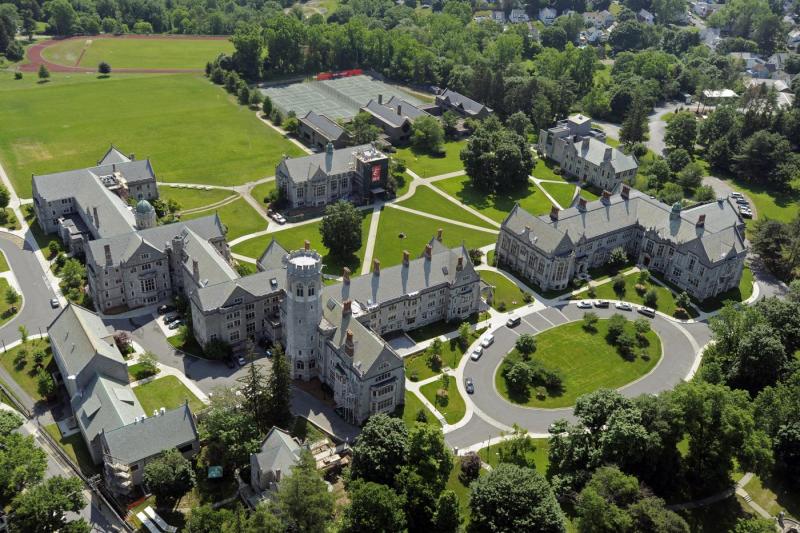 all quotes by Emma Willard (10)

"Who knows how great and good a race of men may yet arise from the forming hands of mothers, enlightened by the bounty of their beloved country?"

"Would we rear the human plant to its perfection, we must fertilize the soil which produces it."

"Any women has a right to open a school in any place; and no one, either from law or custom, can prevent her."

"Though well to decorate the blossom, it is far better to prepare for the harvest."

"The taste of men, whatever it might happen to be, has been made a standard for the formation of the female character."

"We too are primary existences . . . the companions, not the satellites of men."

"Without alteration there can be no improvement."

"He is not necessarily the best teacher who performs the most labour; makes his pupils work the hardest, and bustle the most. A hundred cents of copper, though they make more clatter and fill more space, have only a tenth of the value of one gold eagle."

"Take care of health; for without it existence is, for every purpose of enjoyment, worse than a blank."

for further reading about Emma Willard: 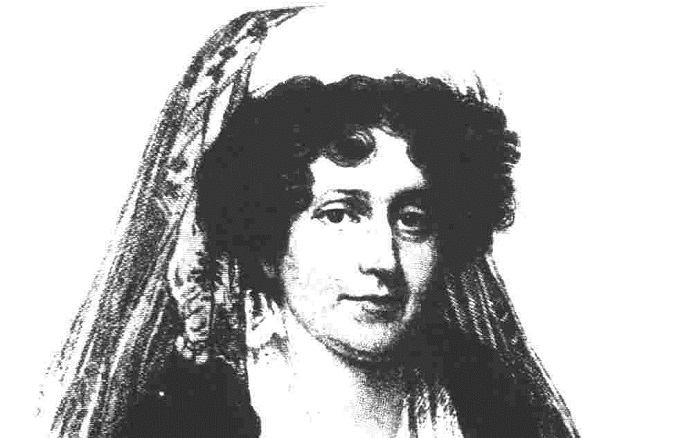 Emma grew up with 16 siblings in a New England farmhouse. Her parents believed in educating their girls alongside the boys, but Emma didn't attend formally attend school until she was a teenager. She entered her first school at age 15. Two years later, she was hired as a teacher there. She went on to become her generation's most prominent woman in higher education. 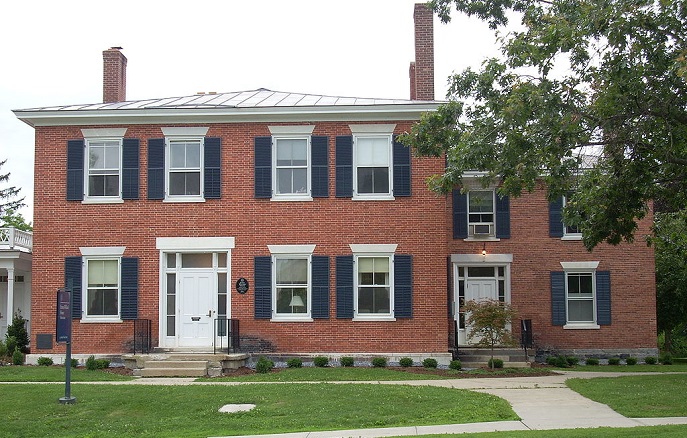 Emma once taught at Vermont's Middlebury College. Today, her historic home there serves as the school's admissions building. Emma wasn't overly impressed for the courses they had on offer for women in the early 19th century, but her own liberal arts programs were influenced by the curriculum for Middlebury's male seminary {where her nephew taught}. In 1814, she decided to leave her position as headmistress + open her own boarding school ~ in this very house. You might say, it's the birthplace of female higher ed! 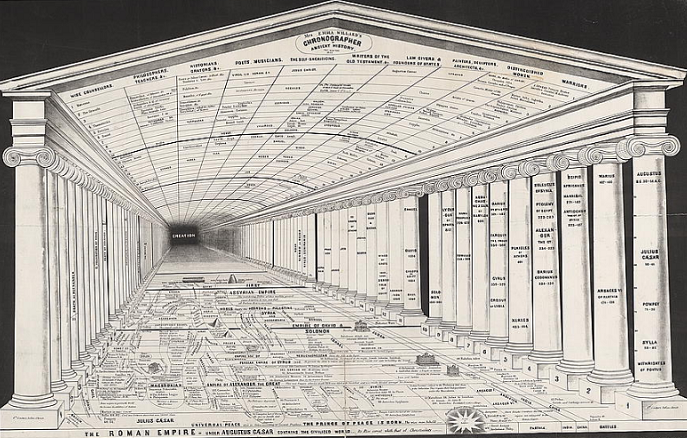 Besides being a teacher + administrator, Emma wrote a number of textbooks on pedagogy, geography + history. This 1851 lithograph is Emma's visual aid for teaching ancient history. It maps out a timeline of early human civilization ~ from the dawn of man at the back, to the Roman Empire + birth of Jesus at the front. The ceiling charts important thinkers + leaders; the columns note rulers; the floor traces major events in international development + world politics. 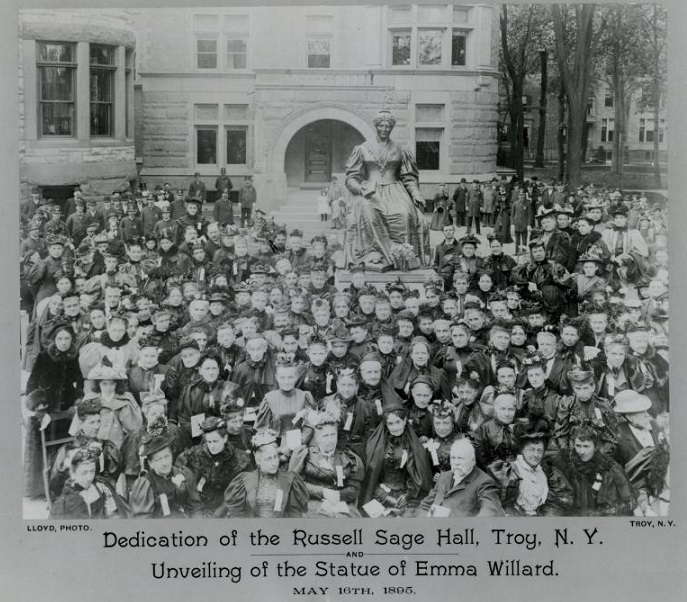 In 1895, the Troy Female Seminary was renamed the Emma Willard School. A sculpture of the founder was commissioned outside Russell Sage Hall in honor of the occasion.