Her name may be synonymous with nursing excellence, but Florence Nightingale almost didn't get to be one. Instead, her wealthy parents wanted her to do the respectable thing...marry a gentleman. Fortunately, Florence held firm to her calling.

Known for her compassionate care of wounded soldiers amidst the brutality of the Crimean War, she improved medicine as a whole. Her detailed analysis of how unsanitary conditions spread disease led to major hospital reforms. An illness contracted during the war took Florence out of the field at age 38. Bedridden, she wrote a definitive textbook + founded a nursing school ~ transforming her profession into something even well-to-do women were proud to do.

faith + humility | "called" to be a nurse ~ "God ... asked me would I do good for him alone without reputation"

prolific writer | Notes on Nursing ~ primer for all trainees

1850 | began her training as a nurse at the Institute of St Vincent de Paul in Alexandria, Egypt

Lady with the Lamp

the Angel of Crimea

Frances Parthenope ~ also named after city where she was born, near Naples, Italy

the nursing profession ~ made it fashionable for wealthy ladies 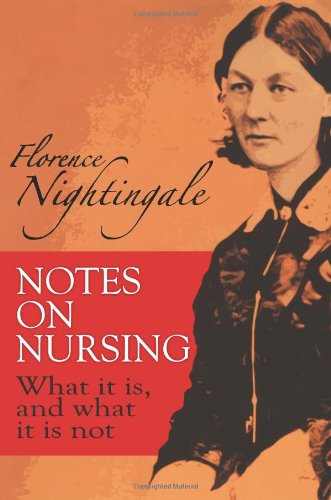 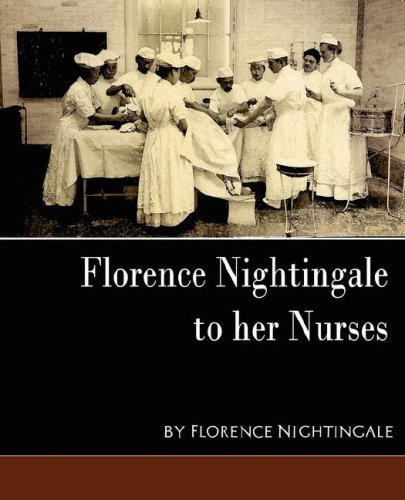 Florence Nightingale to her Nurses 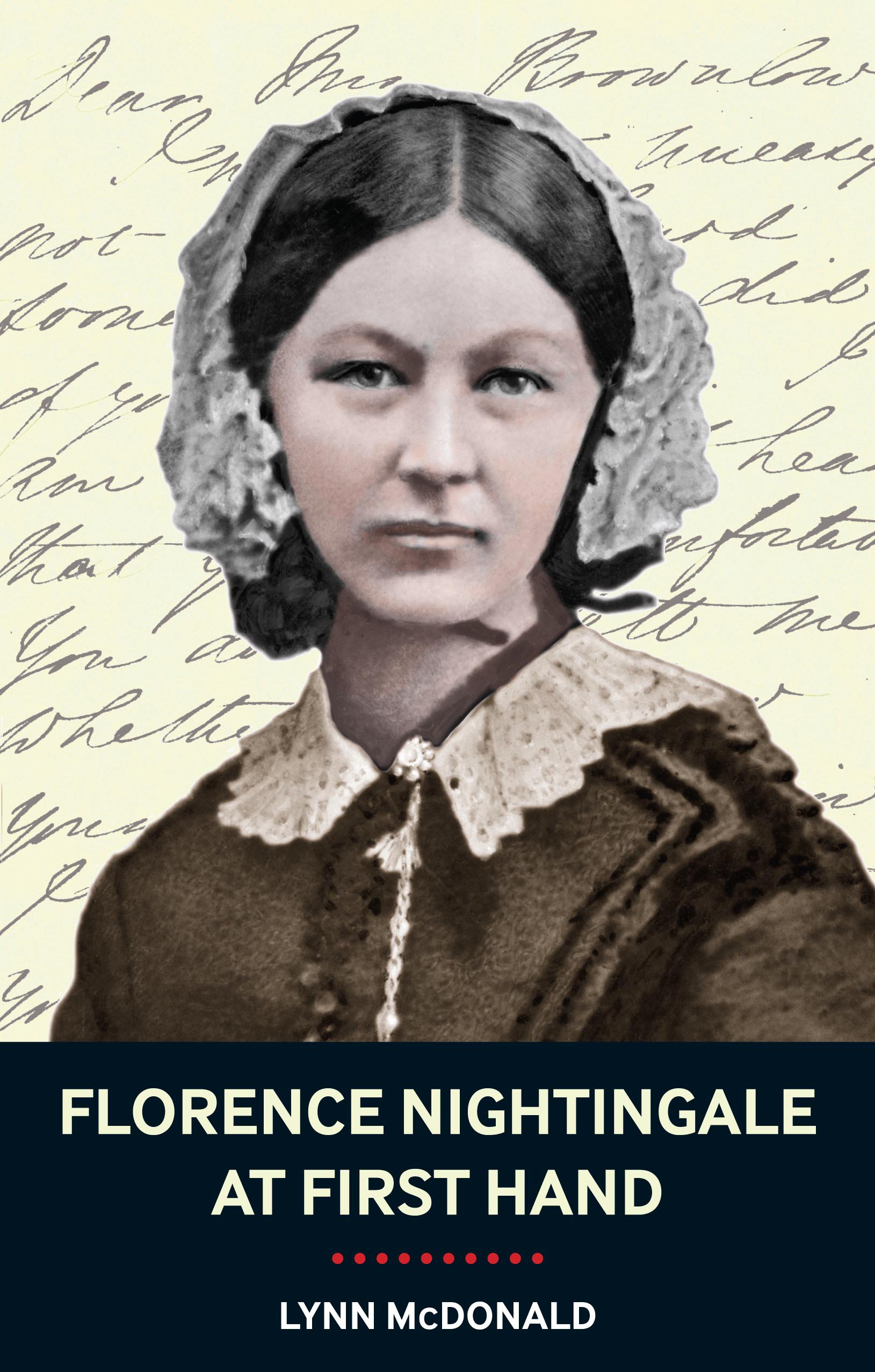 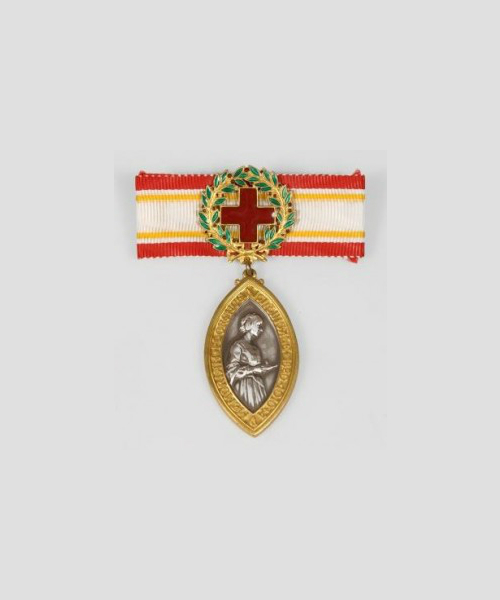 all quotes by Florence Nightingale (15)

"I think one's feelings waste themselves in words; they ought all to be distilled into actions, and into actions which bring results."

"How very little can be done under the spirit of fear."

The Life of Florence Nightingale, Volume I | may 1846

"God called me in the morning and asked me would I do good for him alone without reputation."

quoted in The Collected Works of Florence Nightingale | march 1850

"For the sick it is important to have the best."

"It may seem a strange principle to enunciate as the very first requirement in a Hospital that it should do the sick no harm."

"And as a wise man has said, no one has ever done anything great or useful by listening to the voices from without."

"You want to do the thing that is good, whether it is 'suitable for a woman' or not."

"God always justifies His ways. While we are thinking, He has been teaching."

"Apprehension, uncertainty, waiting, expectation, fear of surprise, do a patient more harm than any exertion. Remember he is face to face with his enemy all the time."

"I do not pretend to teach her how, I ask her to teach herself, and for this purpose I venture to give her some hints."

"Every woman, or at least almost every woman, in England has, at one time or another of her life, charge of the personal health of somebody, whether child or invalid, ~ in other words, every woman is a nurse."

"Every woman is a nurse."

"Nursing is an art: and if it is to be made an art, it requires as exclusive a devotion, as hard a preparation as any painter's or sculptor's work; for what is the having to do with dead canvas or dead marble, compared with having to do with the living body, the temple of God's spirit? It is one of the Fine Arts; I had almost said, the finest of Fine Arts."

"The first possibility of rural cleanliness lies in water supply."

for further reading about Florence Nightingale: 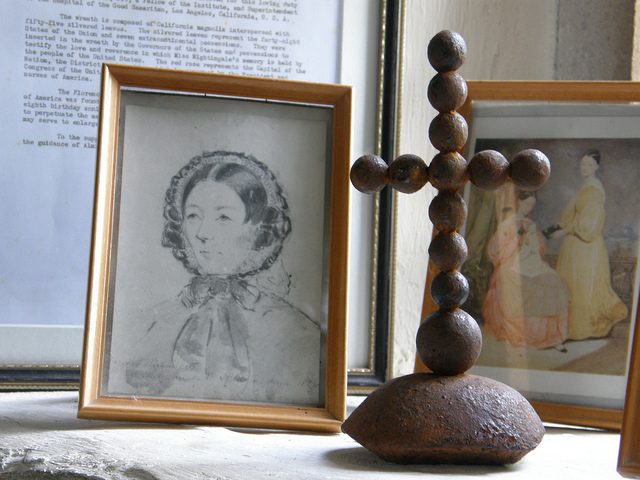 Florence Nightingale and the Scutari Cross

The Scutari Cross sitting was bequeathed by Florence to St Margaret's, her childhood parish church. The one now on display is a replica. The original, made from spent bullets and shrapnel by a soldier in the Crimea, was stolen in 1991 and has never been recovered. Florence's observations while superintendent of female nurses in the hospital at Scutari helped shape improvements in sanitation and disease prevention. 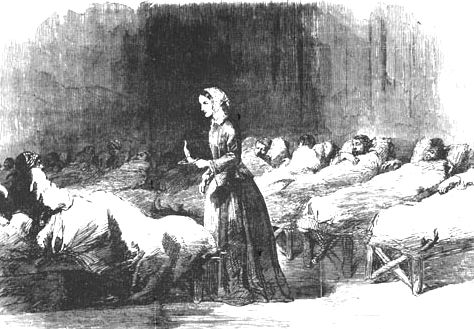 Florence was called the "Lady of the Lamp" for her nightly check-ups of the wounded in the hospital in Scutari, in a section of Istanbul now known as Üsküdar. In reality, she carried a paper concertina lamp, not an oil lamp depicted in the picture. Henry Wadsworth Longfellow gave her the enduring epithet in his poem Santa Filomena: A Lady with a lamp shall stand. In the great history of the land, A noble type of good, Heroic Womanhood 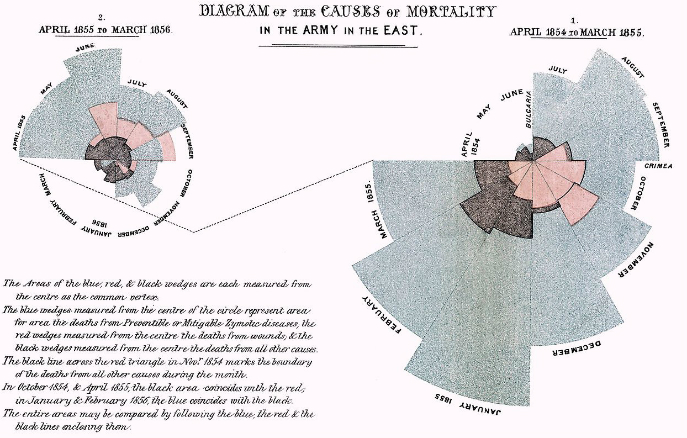 Florence devised her own version of a pie chart to show how soldiers died from July 1854 through December 1855 at in the military hospital in Turkey where she worked during the Crimean War. Each slice shows how many people died from wounds in battle, other causes and disease. As a result authorities learned that more people died from contagious diseases such as cholera, typhus and dysentery than in battle with the Russians.

Notes on Matters Affecting the Health, Efficiency, and Hospital Administration of the British Army sent to Queen Victoria in 1858 | Official Website of the British Monarchy | PD-US | http://commons.wikimedia.org/wiki/File:Nightingale-mortality.jpg