As a child Hattie McDaniel loved performing ~ she sang so continuously that her mother tried to bribe her into silence with spare change! But this daughter of emancipated slaves refused to stay quiet and became a groundbreaking radio + film actress. Plus, the first African American to win an Academy Award.

Although she's best known for her role as Mammy in Gone with the Wind, Hattie was a multi-talented vocalist, vaudeville professional, and beloved radio star whose performances are still often described as show-stopping. She faced serious discrimination throughout her career, but kept at it based on her belief ~ "You can best fight any existing evil from the inside."

acting | Hattie played domestic figures like maids, cooks and mammys in dozens of Hollywood films, infusing these stereotypical characters with her intelligence + humor, as well as a healthy measure of spunk

singing + dancing | in the 1920s, Hattie sang and performed all over the US with various vaudeville and musical troupes and eventually on radio programs, attracting larger audiences and more devoted fans

trailblazing in Hollywood | often criticized by civil rights groups for perpetuating racist stereotypes in her film roles, Hattie always replied with some version of the statement, "I'd rather play a maid and make $700 a week than be a maid and make $7" ~ she worked in her own way from within the system to alter stereotypes on screen and fought for more power in contract negotiations for black performers

1910 | won a gold medal from the Women's Christian Temperance Union for excellence in "the dramatic art" for her recital of "Convict Joe," which reportedly "moved the house to tears" ~ she then left school to perform with her father's Henry McDaniel Traveling Minstrel Show

1932 | received her first screen credit for her role as Cora in Blonde Venus (1932), though her film debut was actually as Mammy Lou in The Golden West (1932)

1940 | won the first Academy Award ever given to a black performer, for her portrayal of Mammy in Gone with the Wind (1939)

George Langford
~ married and widowed in 1922 ~

Howard Hickman
~ married and divorced in 1938 ~ 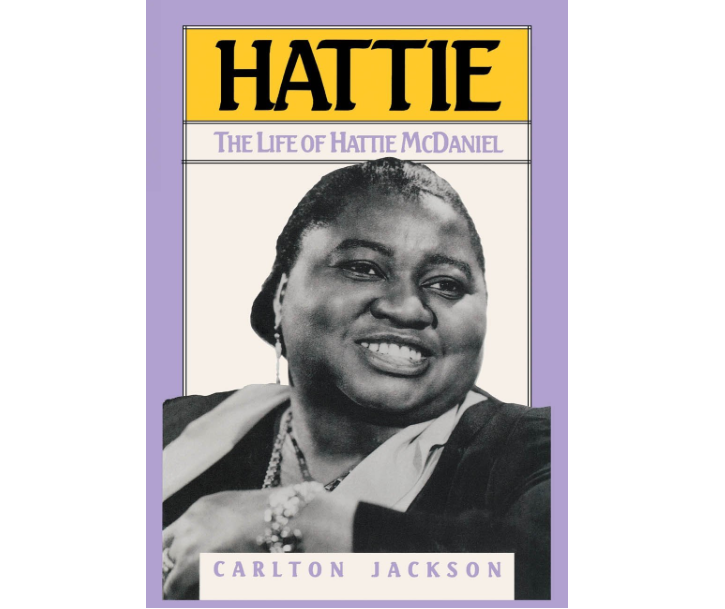 Hattie: The Life of Hattie McDaniel 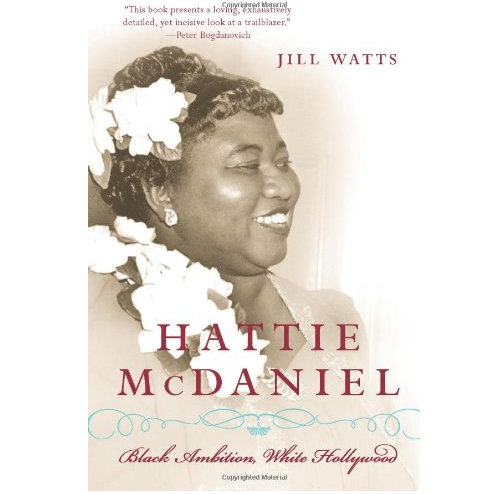 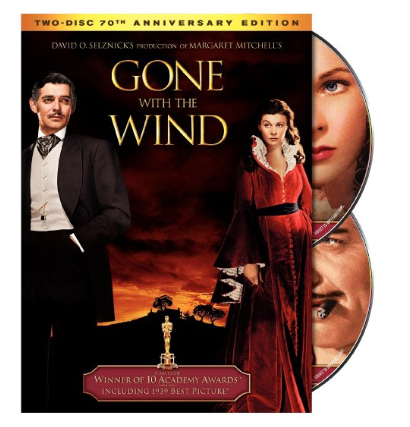 Gone with the Wind 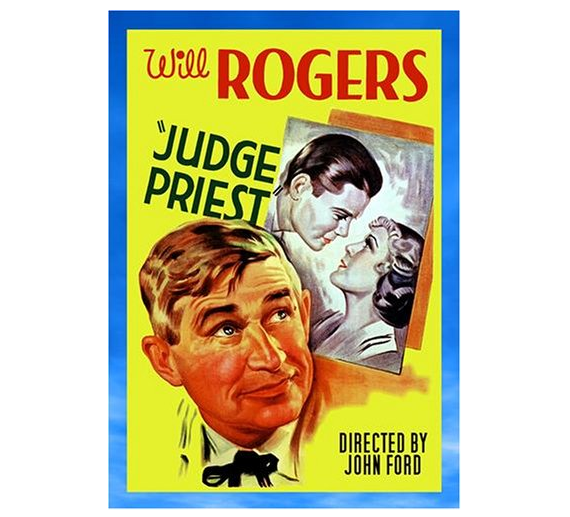 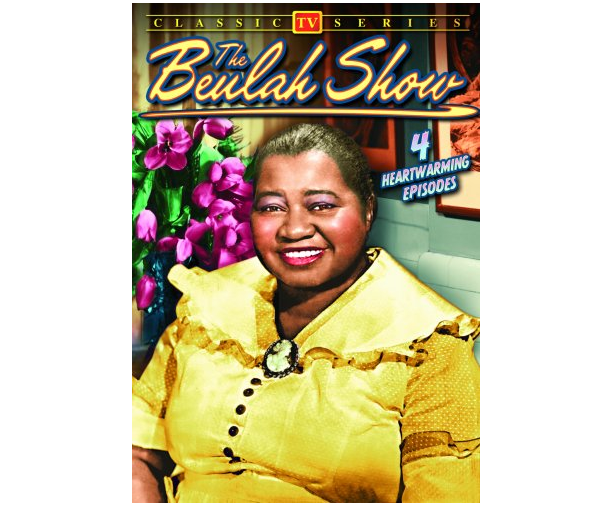 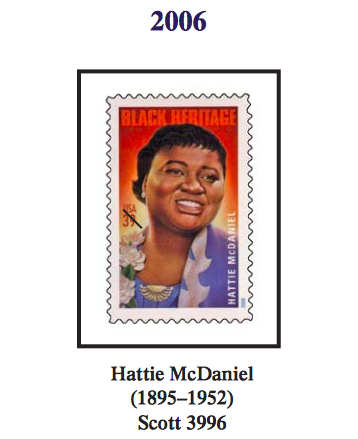 all quotes by Hattie McDaniel (15)

"I sincerely hope I shall always be a credit to my race and to the motion picture industry."

"The entire race is usually judged by the actions of one man or woman."

"I feel no great personal pride for my contribution to the world of art. Rather, I feel that the entire fourteen million or more Negroes have all been raised a few notches higher in the estimation of the world."

"To you young people who are aspiring to succeed in some line of endeavor, in spite of the troubles that many of us have experienced, let me say this: There is still room at the top."

"I've learned by livin' and watchin' that there is only eighteen inches between a pat on the back and a kick in the seat of the pants."

"As for those grapefruit and buttermilk diets...I'll take roast chicken and dumplings."

Modern Screen {as quoted in Hattie: the Life of Hattie McDaniel} | february 1942

"I cannot help but feel sad when I look over a crowd of our fine young men and realize that the world has found no better way to solve its problems than by taking so many of these young lives."

letter to Ruth Dermody {as quoted in Hattie: the Life of Hattie McDaniel} | july 1942

"Putting a little time aside for clean fun and good humor…is very necessary to relieve the tensions of our time."

"You can best fight any existing evil from the inside."

letter to George V. Byrnes {as quoted in Hattie: the Life of Hattie McDaniel} | march 1945

Hattie Hates Nobody {as quoted in Hattie: the Life of Hattie McDaniel} | december 1947

'Beulah,' Mate Incompatible {as quoted in Hattie: the Life of Hattie McDaniel} | october 1949

"I am proud of my standing as a woman interested in her race."

for further reading about Hattie McDaniel: 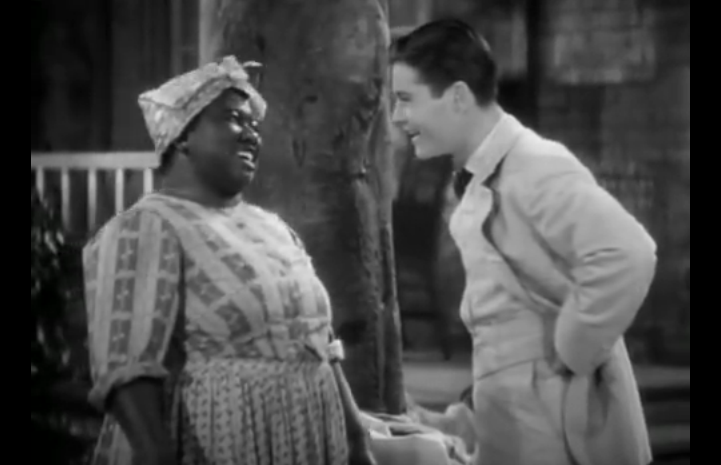 Hattie has small uncredited roles as maids in films from 1932-33, but her appearance in Judge Priest in 1934 was a breakthrough role since it allowed her to demonstrate her singing talents in several numbers and perform a duet with Will Rodgers, who became a close friend. Some critics suggested that Hattie "stole" several scenes in the film from fellow comic actor Stepin Fetchit. 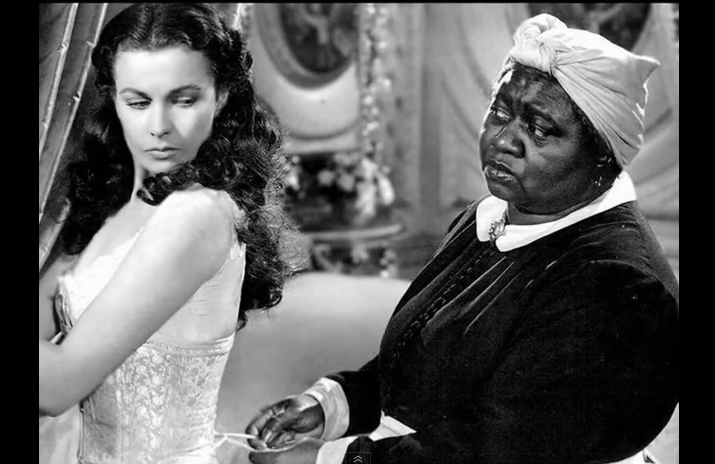 When Gone with the Wind premiered with star-studded festivities in Atlanta, Georgia in 1939, they were missing one of the principle actors ~ Hattie and the other black performers were not welcome in Atlanta. Though Hattie was proud of her performance, she never commented on being excluded from Atlanta and constantly referenced her faith as a source of endurance. In a fascinating twist of history, one of the teenagers singing in the choir at the Atlanta premiere would become a prominent civil rights leader years later…his name was Martin Luther King, Jr. 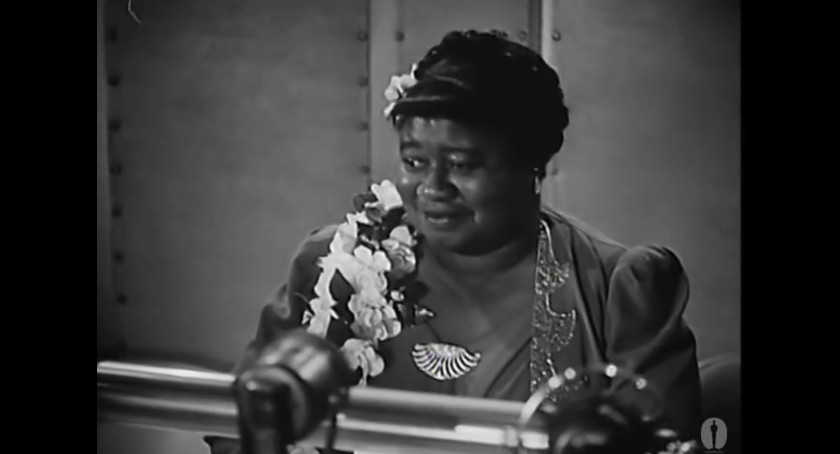 On the evening of February 29, 1940, Hattie made history as the first black performer to ever win an Academy Award. Director Frank Capra and actress Faye Bainter presented Hattie with the Oscar for Best Supporting Actress for her role as Mammy in Gone with the Wind (1939). Reporting on the ceremony, gossip columnist Louella Parsons stated that Hattie's win was the "most popular" of the evening, and that the standing ovation she received would go down as one of the greatest ever in the history of the industry. Click here to watch Hattie's moving acceptance speech. 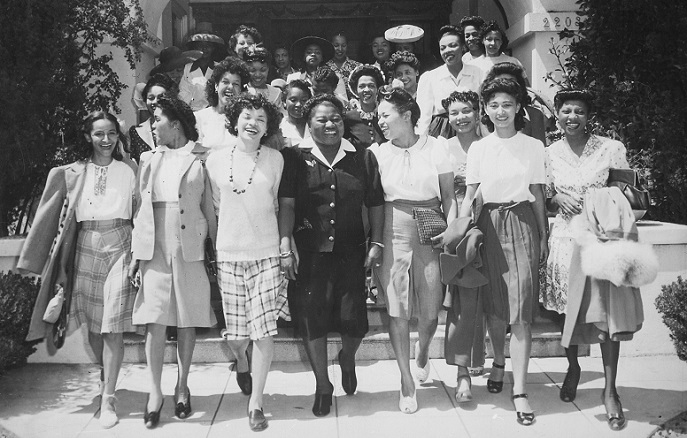 The radio star was the chairperson of the Negro Division of the Hollywood Victory Committee ~ a nonprofit organization of entertainers + actors who performed for US troops during WWII. From 1942-1945, the Committee arranged for more than 4,000 performers to boost soldier morale at nearly 8,000 free events. Here, she + her crew take a break from rehearsing. 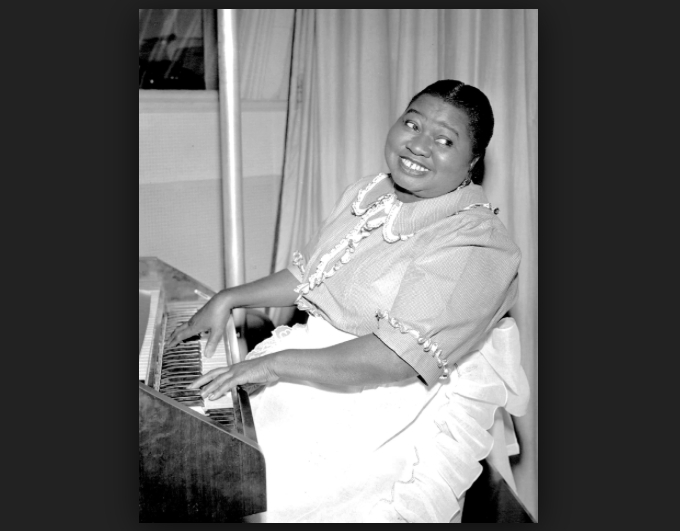 In November 1947, Hattie made radio history with the premiere of "The Beulah Show" on CBS Radio ~ the show was the first sponsored network radio program starring an African American woman. Around 7 million people listened to the show nightly, and it became so popular that it delighted nearly 15 million fans in 1948! Hattie negotiated her contract so that she was to speak no dialect and could alter any script material that didn't meet her approval. The NAACP and Urban League praised the show, and the Inter-racial Unity Committee honored it for its contributions to race relations. 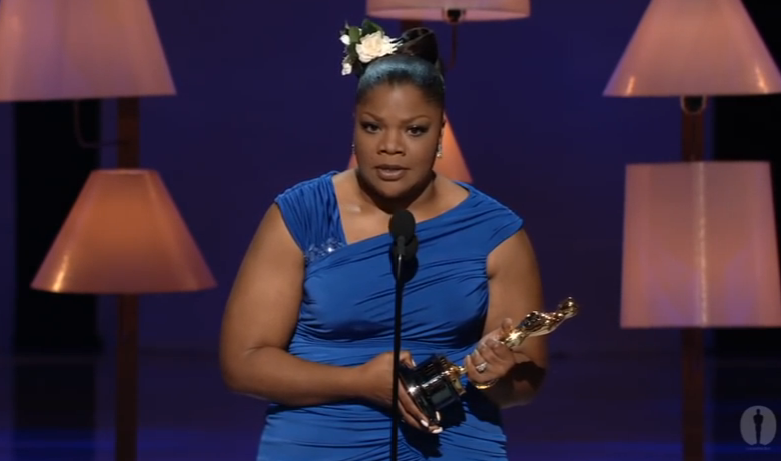 In 2010, actress Mo'Nique won the Best Supporting Actress Academy Award for her role in the film Precious (2009). She began her acceptance speech by thanking Hattie "for enduring all that she had to, so that I would not have to." In an additional homage, Mo'Nique wore a royal blue dress and gardenias in her hair ~ paying tribute to Hattie's Oscar ensemble in 1940. When asked about her fashion choices on the red carpet, Mo'Nique said to a reporter: "Hattie McDaniel, I feel you all over me, and it's time the world felt you all over them." In the 70 years between Hattie’s and Mo’Nique’s wins, only three other black actresses ~ Whoopi Goldberg, Halle Berry and Jennifer Hudson ~ had taken home Oscars.