Elizabeth Magie Phillips was a game maker. And a game changer. She's one of the many female inventors that history lost until recently...when strong evidence emerged for Lizzie being the original creator of the world's most popular board game ~ Monopoly.

A self-supporting stenographer with several patents to her name and renaissance woman who dabbled with writing, acting and engineering, Lizzie's games were labors of love. They were designed as fun introductions to the causes she cared about, especially economic fairness for women and workers. Play a Lizzie masterpiece, and you just might learn something along the way!

independence | a self-supporting woman ahead of her time

1974 | was unexpectedly brought into the public eye again when economist Ralph Anspach {inventor of the game Anti-Monopoly} researched the origins of Monopoly to beat a trademark infringement case brought against him by Parker Bros
~ Ralph almost lost everything as the case worked its way to the Supreme Court, but each ruling was in his favor in the end. ~

a stenographer {in a dead letter office}

Henry George
~ his progressive economic treatise Progress and Poverty was the inspiration for much of Lizzie's work...including, The Landlord's Game ~

her father
~ an abolitionist who was chummy with Abe Lincoln ~ 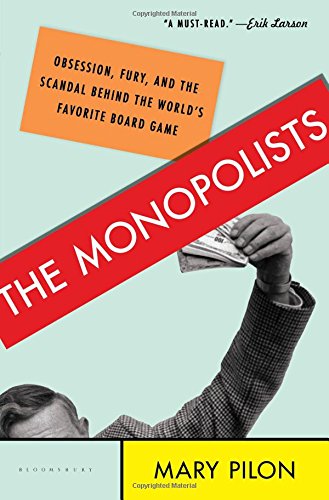 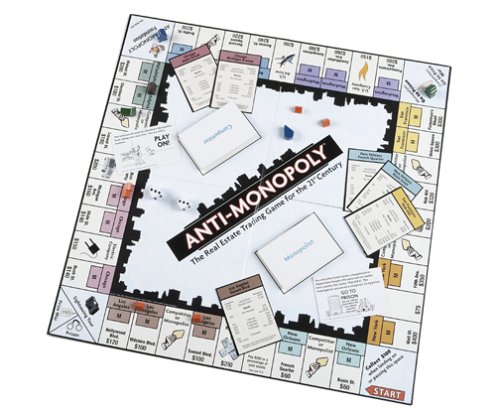 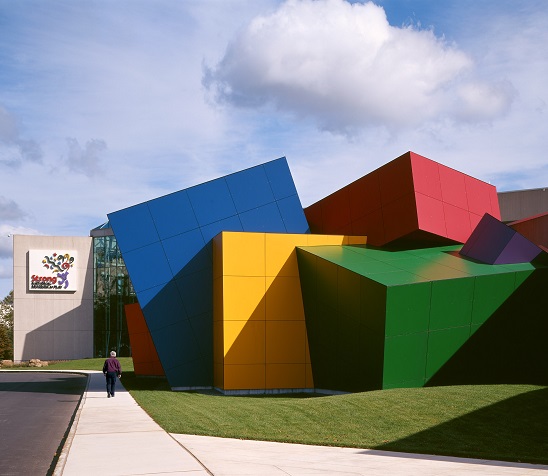 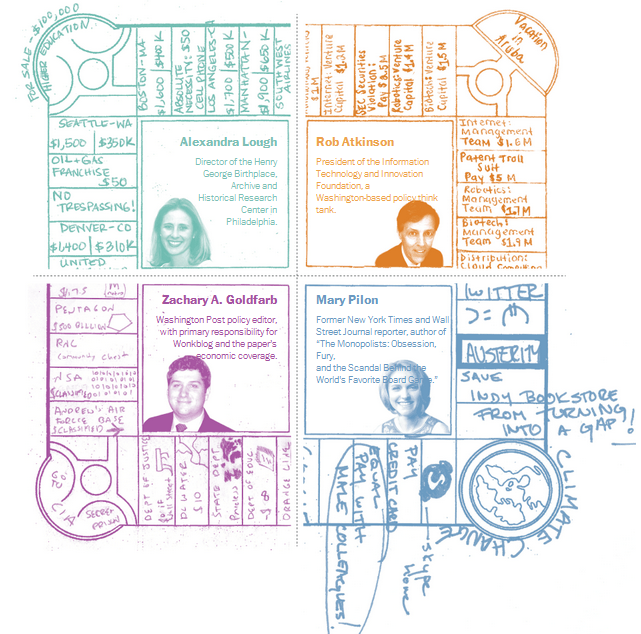 all quotes by Lizzie Magie (8)

"It might well have been called the 'Game of Life,' as it contains all the elements of success and failure in the real world, and the object is the same as the human race in general seem to have, i.e., the accumulation of wealth."

"Little landlords take a general delight in demanding the payment of their rent."

"There are those who argue that it may be a dangerous thing to teach children how they may thus get the advantage of their fellows, but let me tell you there are no fairer-minded beings in the world than our own little American children."

"Let the children once see clearly the gross injustice of our present land system and when they grow up, if they are allowed to develop naturally, the evil will soon be remedied."

"I have often been called a 'chip off the old block,' which I consider quite a compliment, for I am proud of my father for being the kind of 'old block' that he is."

"rare and versatile dramatic ability; a born entertainer; strong bohemian characteristics, can appreciate a good story at the same time she is deeply and truly religious—not pious"

"We are not machines. Girls have minds, desires, hopes and ambition."

"I am thankful that I was taught how to think and not what to think."

Would Be Slave Girl Is Glad She Is Alive | october 1909

for further reading about Lizzie Magie: 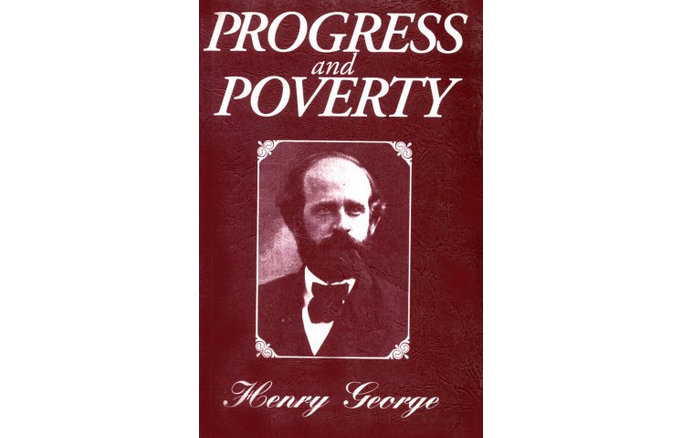 inspiration for the Landlord's Game

Lizzie was persuaded by Henry George's immensely popular 1879 book ~ an argument for how to address the great economic paradox of the industrial age: rising poverty amidst advancing wealth. Henry's solution? A "single" land value tax based on the belief that land and natural resources should be commonly owned. The single tax would work to gradually regulate unstable economies by returning much of the value on resources that should be publicly owned to the goverment's coffers. Lizzie invented The Landlord's Game as a fun way to teach the theories behind Henry's several-hundred page book ~ an impressive abridgement! 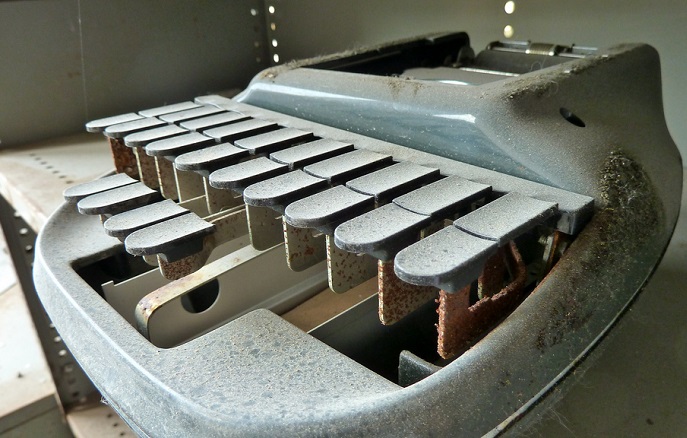 Lizzie supported herself as a stenographer for much of her career...but the low pay for women in the office made it difficult to make ends meet. In protest of her $10-per-week wages, Lizzie published a "personal ad" in the newspaper that offered herself for sale as an "young woman American slave." The stunt made her a national news story, giving Lizzie the chance to promote fair pay + women's rights in the headlines. 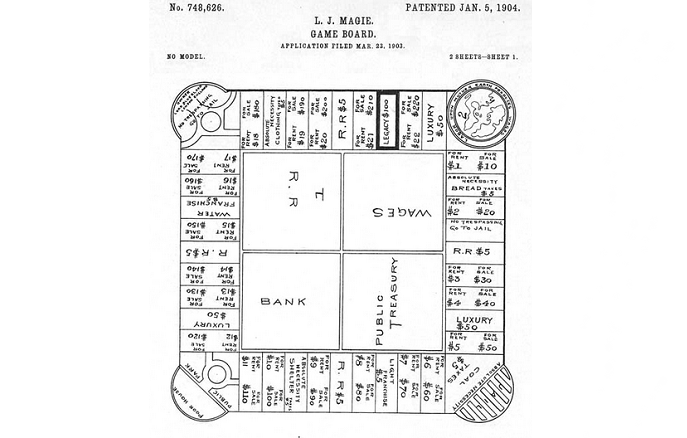 Lizzie applied for a patent for her anti-trust board game in 1903...at a time when less than 1% of applicants were women. She was granted the patent in 1904 and reissued another in 1924. After selling the rights to Parker Bros in 1935, they put out a popularized version of the game that only included one of Lizzie's two sets of rules...the game as played by cut-throat monopolists. Today, Monopoly is one of the world's best loved games. 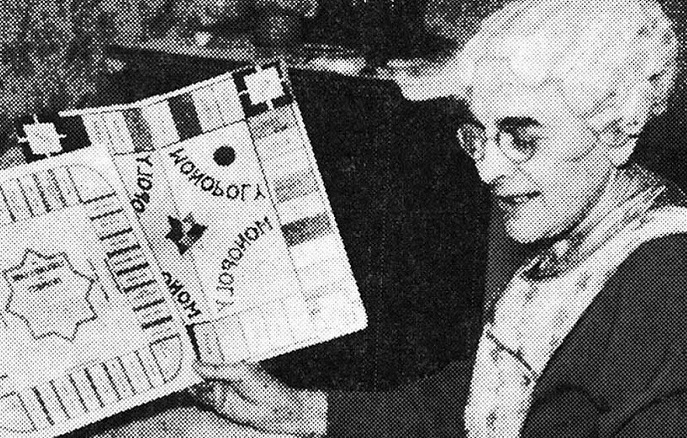 Lizzie was interviewed by the Evening Star soon after Parker Bros put out their first edition of Monopoly. In the article, she explains the game's origin as a teaching tool...one that she lost money on in order to see it into production. The popularized version of her Landlord's Game is Parker Brothers' best-selling product of all time. 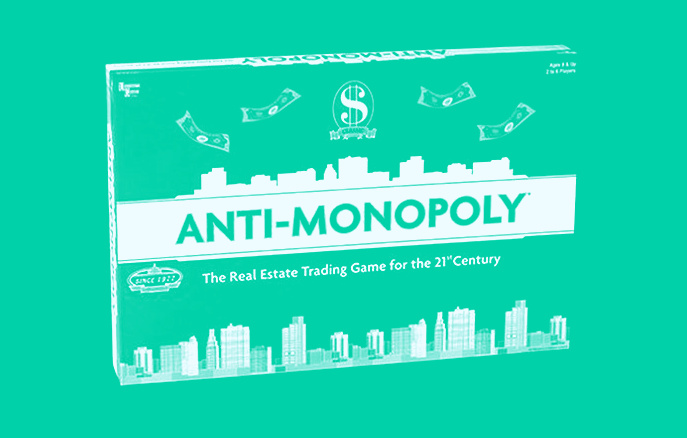 The Real Estate Trading Game for the 21st Century

When economist Ralph Anspach created this board game to teach kids the opposite tactics of the Parker Brothers' classic {that is, how to break up monopolies}, he was immediately sued for trademark infringement. The case ~ which lasted from 1974-1979 ~ brought the hidden origins of Monopoly to light, giving Lizzie a long overdue inventor's credit.