Maria Mitchell wanted to be an astronomer from the time her father taught her to use a telescope at age 12. Her big break came 16 years later in 1847, when she discovered a new comet {which now bears her name} while scanning the skies one fateful October night.

Maria continued to study the cosmos while working as a librarian in her native Nantucket. Making a career out of her passion, she became the US's first female pro astronomer + first professor hired by Vassar College in 1865. There, the lauded scientist + civil rights activist inspired scores of female students to follow her lead. An advocate for original research, Maria never failed to ask ~ "Did you learn it from a book or did you observe it yourself?"

1865 | hired as the first professor at Vassar College

librarian taught to use a telescope by her father | first female professional astronomer in the U.S.

"the bright, unwavering star" {by the president of Vassar College}

astronomy
~ photographed sun and stars with apparatus she devised ~

Jupiter + Saturn ~ researched their surfaces while at Vassar

traveled to Europe with writer Nathaniel Hawthorne and his family

Maria Mitchell and the Sexing of Science 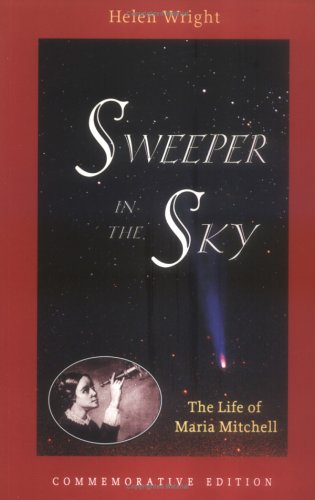 Sweeper in the Sky 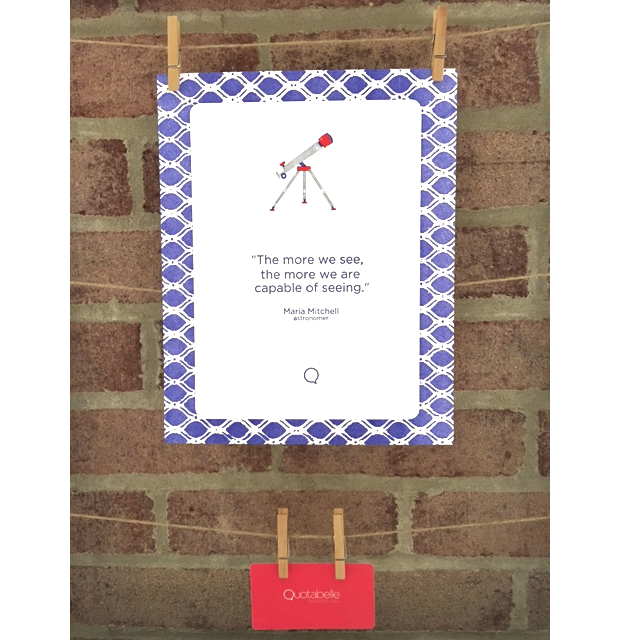 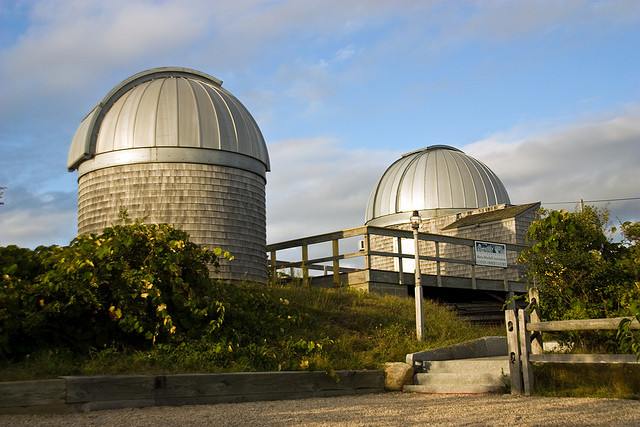 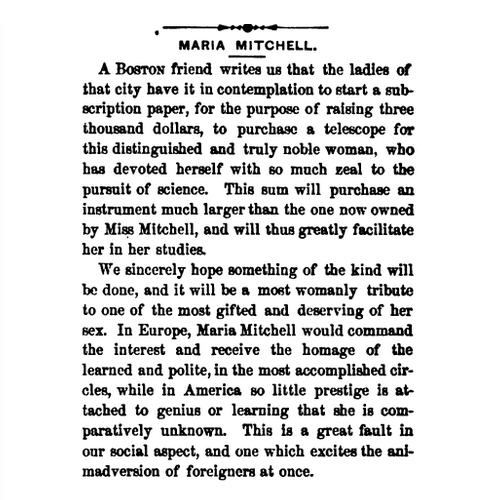 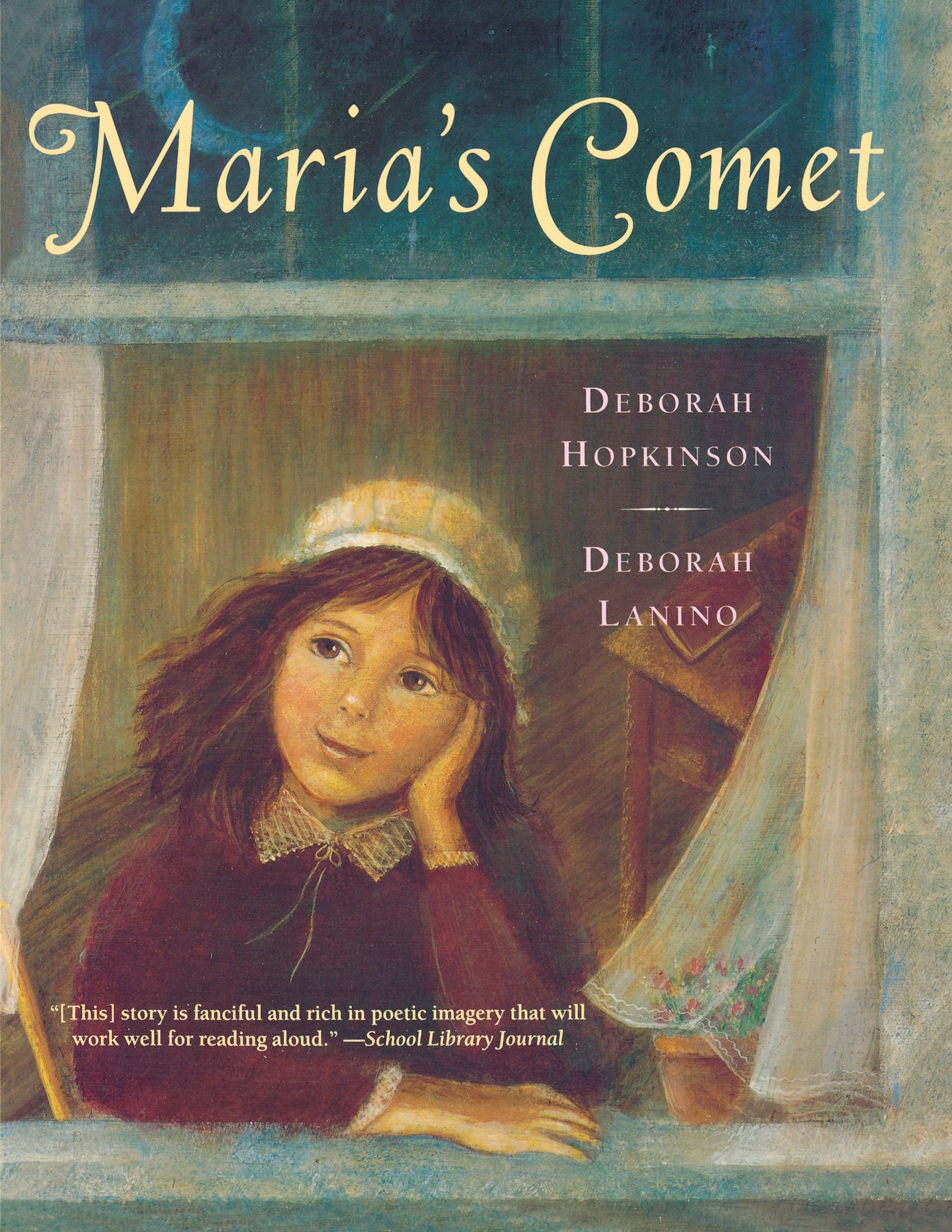 all quotes by Maria Mitchell (19)

"I am just learning to notice the different colors of the stars, and already beginning to have a new enjoyment."

"The world of learning is so broad, and the human soul is so limited in power! We reach forth and strain every nerve, but we seize only a bit of the curtain that hides the infinite from us."

"Don't examine a black spot upon your pillow-case; go to sleep at once, and keep asleep if you can."

"The ocean must be unrepresentable to those who have not looked upon it."

"It is singular what a quiet motive-power science is, the breath of a nation's progress."

"It seems to be difficult for any one to take in the idea that two truths cannot conflict."

"The phrase 'popular science' has in itself a touch of absurdity. That knowledge which is popular is not scientific."

"When we are chafed and fretted by small cares, a look at the stars will show us the littleness of our own interests."

"We especially need imagination in science. It is not all mathematics, nor all logic, but is somewhat beauty and poetry."

"Living more nearly to Nature is living farther from the world and from its follies, but nearer to the world's people."

"Born a woman—born with the average brain of humanity—born with more than the average heart—if you are mortal, what higher destiny could you have?"

"For women there are, undoubtedly, great difficulties in the path, but so much the more to overcome."

"Besides learning to see, there is another art to be learned—not to see what is not."

"We have a hunger of the mind which asks for knowledge of all around us, and the more we gain, the more is our desire; the more we see, the more we are capable of seeing."

"The more we see, the more we are capable of seeing."

"Why turn your eyes to your shadow, when, by looking upward, you see your rainbow in the same direction?"

for further reading about Maria Mitchell:

curated with care by Kathleen Murray {may 2015} 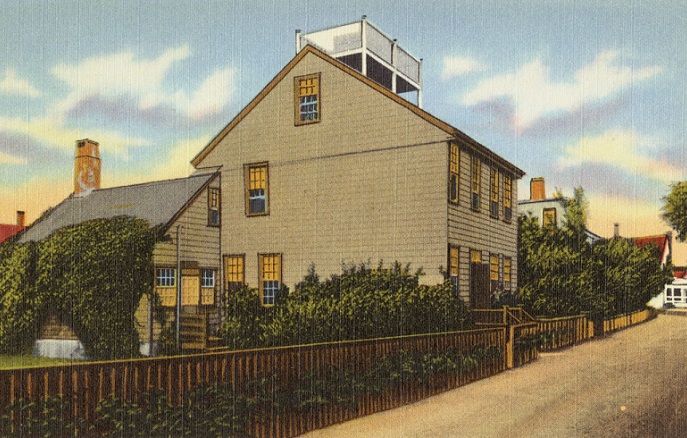 Built in 1790 in Nantucket, Massachussets, this was the home where Maria first developed her passion for star-gazing...note the handy observation deck on its roof! Astronomy was a popular skill in the seatown because people used it for navigation. From the age of 14, Maria was a trusted advisor to sailors mapping routes. 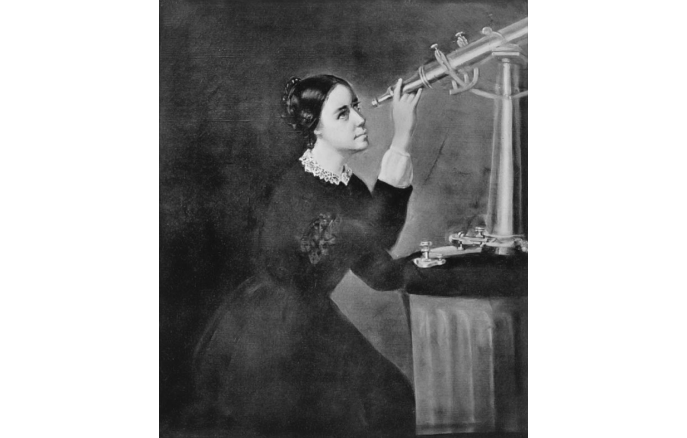 This 1851 painting by Herminia Dassel depicts the young Maria looking through a telescope to the heavens. Her 1847 discovery of C/1847 T1 ~ aka "Miss Mitchell's Comet" ~ made her a minor international celebrity. Even before the King of Denmark awarded her with a gold medal for her service to science, the amateur astronomer was already sought out by New England sailors to help them chart out their journeys during long whaling expeditions. 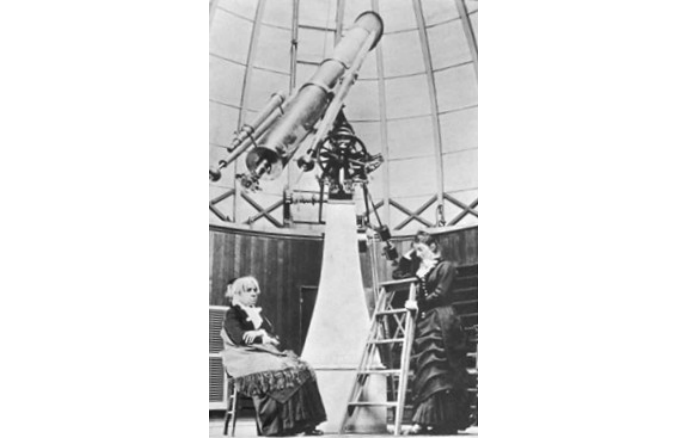 Maria inside the dome of Vassar College Observatory

Maria was hired as Vassar's first professor in 1865. Here, the astronomer ~ at age 60 ~ poses with her protege, Mary Watson Whitney, inside the Vassar College Observatory. The observatory was also the place Maria + her father called home while she was a professor. {As for Mary, she would follow in her famous mentor's footsteps to become the observatory's next director.} 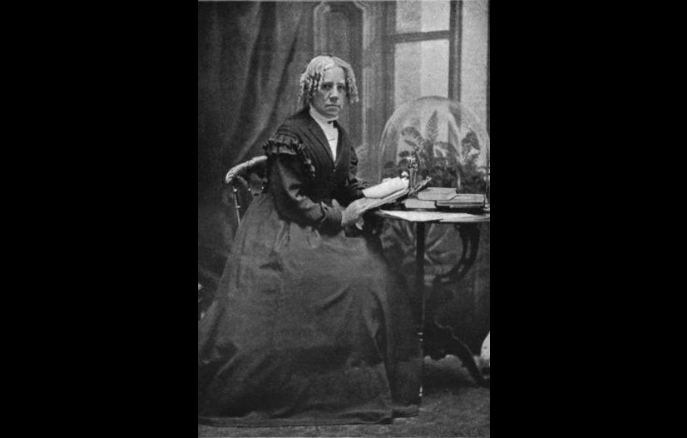