Ruth Handler was a regular go-getter. The youngest of 10 siblings, she landed her first job {as a secretary for Paramount Pictures} while vacationing in LA. When she married her childhood sweetheart, her parents thought she was throwing away her life on a "starving artist." Instead, the two played perfectly to each other's strengths in marketing + design, partnering up to found 3 pioneering plastics companies from their own garage. Their last startup would grow to become the US's largest toy manufacturer.

The secret behind Mattel's huge success? Ruth's uncanny ability to anticipate a trend. When she first pitched Barbie in 1959, no one thought the busty "teenage fashion model" would fly in a market dominated by baby dolls. Not only was Ruth's Barbie an instant success, it quickly became a pop-culture icon + touchstone for feminist debates. More than 5 decades + 150 Barbie-careers later, Ruth's brainchild remains one of the world's best-selling toys.

marketing genius | being a natural-born saleswoman

breasts | introducing them on dolls, then designing them for "mastectomees"

1970 | had a mastectomy + launched a prosthesis company, Nearly Me

Jacob Moskowicz
~ a blacksmith who worked on the railroad ~

9 older siblings
~ Ruth's mother was 40 when she had her; she was raised by an elder married sister ~

Elliot Handler Plastics
~ named after her husband | founded in 1939 ~ 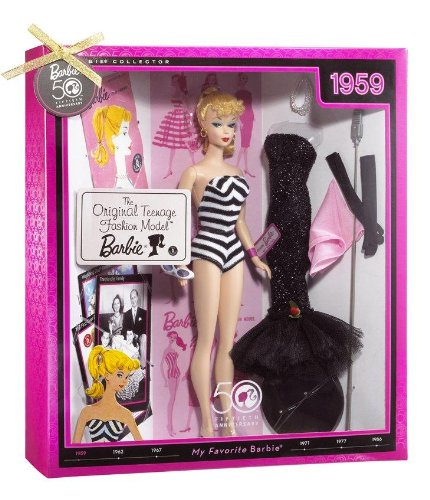 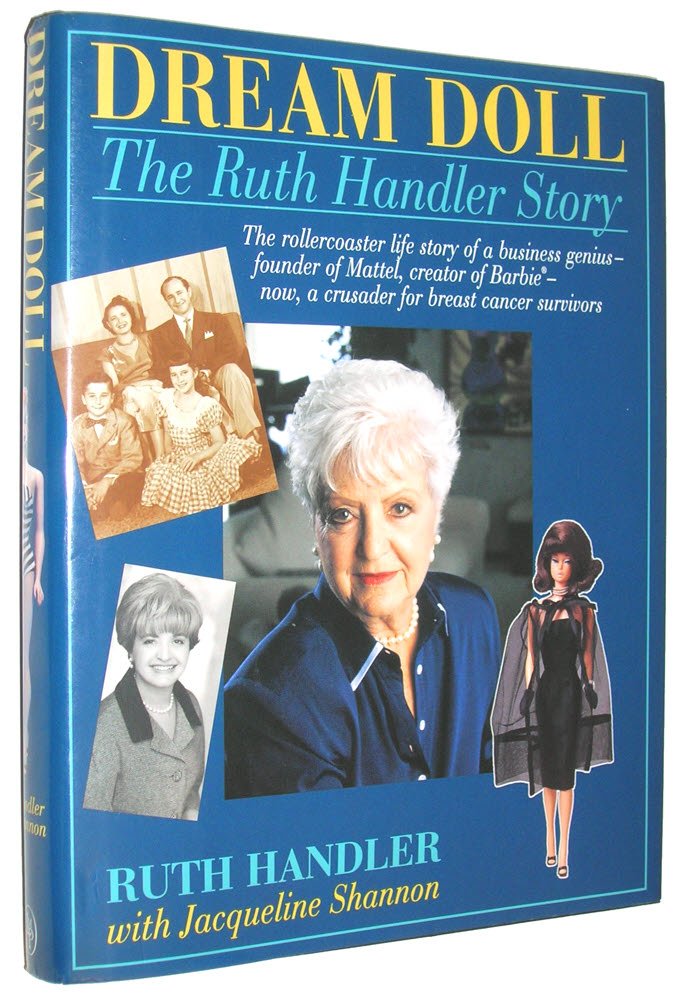 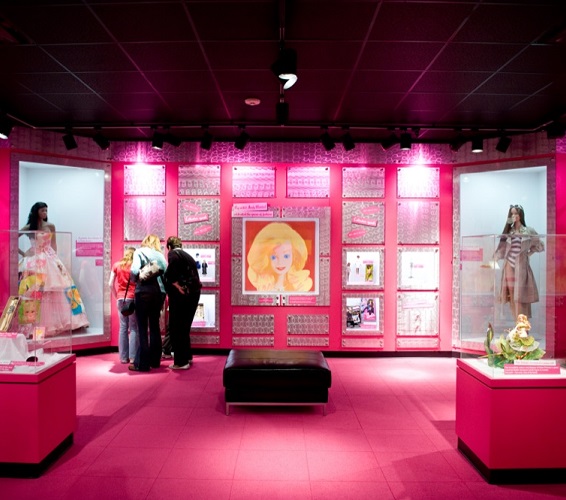 all quotes by Ruth Handler (11)

"Every little girl needed a doll through which to project herself into her dream of her future. If she was going to do role playing of what she would be like when she was 16 or 17, it was a little stupid to play with a doll that had a flat chest."

"I was really depressed. But I felt even worse when I went looking for a good prosthesis. I tried every breast on the market. They were globs; there were no rights or lefts. You wouldn't think of putting your right shoe on your left foot, would you?"

"I couldn't just screech to a halt after racing all my life."

"Give a good squeeze. Can you feel the difference?"

"I've lived my life from breast to breast."

"Unlike play with a baby doll—in which a little girl is pretty much limited to assuming the role of Mommy—Barbie has always represented the fact that a woman has choices."

"As a child, Barbara longed for an 'ordinary' life. Her definition of such a life included a mother who was always available, always home. And though I dearly loved my children...and made them my first priority, the staying home part just wasn't in my makeup."

"Staying home...just wasn't in my makeup."

"Barbie always represented the fact that a woman has choices."

"I loved the challenge of selling. Adrenaline surged through me whenever I walked into a store with samples and walked out with an order."

"I like to think of my life as an impossible dream. We've had a lot of nightmares, but we've always been able to pick up and move on."

for further reading about Ruth Handler: 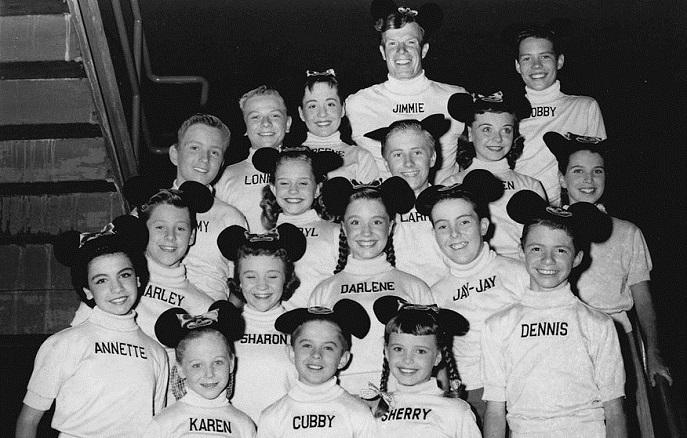 In 1955, Ruth made a bold marketing move ~ she bought the exclusive rights to advertising on the Mickey Mouse Club. It was a risky venture. The $500K price tag was as much as her young company was worth! But, her gamble paid off, and Mattel's marketing innovation ~ appealing directly to kids ~ became a new industry norm. 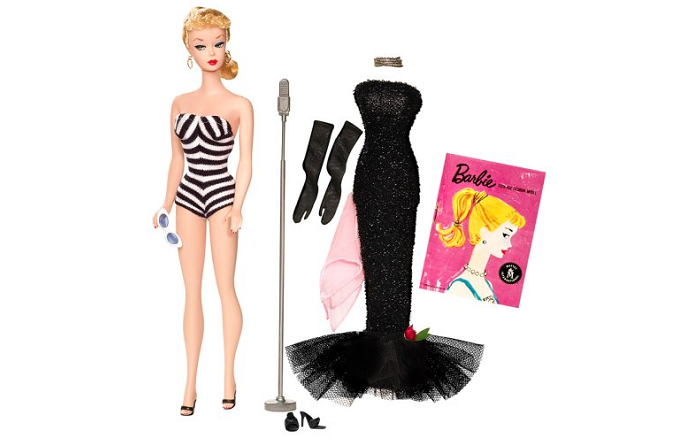 Ruth introduced her iconic doll at a 1959 toy fair in New York. The mother of Barbie named her brainchild after her own daughter ~ Barbara ~ who loved playing with fashion paper dolls. Ruth thought ~ why not make her a 3-D model? Her idea was controversial. Barbie was the first girl's doll to feature an ample bosom. But, the toymaker thought breasts were important if girls were to project their future dreams onto the doll. Her risque move was a huge success. 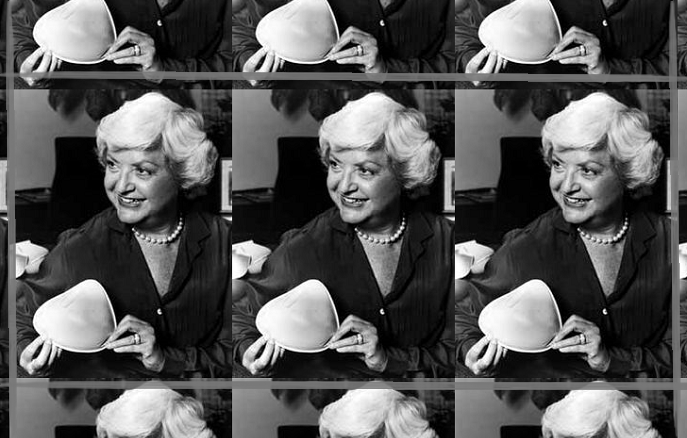 When the cancer patient couldn't find a decent prosthetic breast on the market, she decided it was time she created one for her fellow mastectomees. In 1976, Ruth founded the company Nearly Me, bringing together doctors, engineers, chemists, designers + female patients to create a line of silicon + foam models. Her protheses not only took size + shape, left + right into consideration, but also their weight + feel. Her bold sales pitch? Telling prospective customers to give her bra a "good squeeze" to see if they could tell the difference!