“I cannot guarantee to endure at all times the confinement of even an attractive cage.” Amelia Earhart pilot 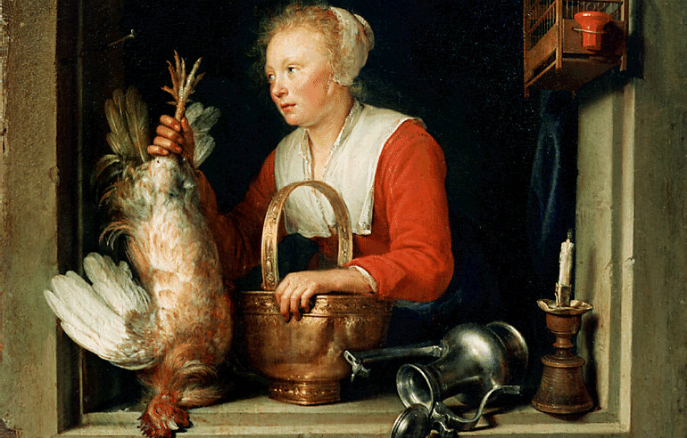 The Dutch Housewife | Gerard Dou none 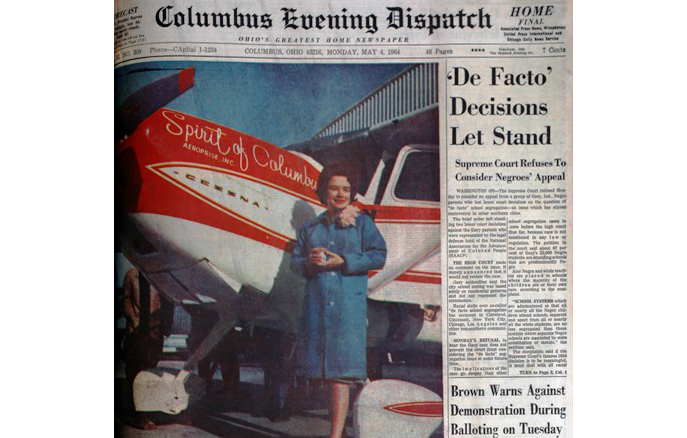 The front page story from the morning Jerrie took off on her 'round-the-world solo flight in 1962. Although the press dubbed her everything from the "flying housewife" to the "tiny aviatrix", focusing on her clothing {"She'll circle the globe in her drip-dries" ran one headline}, Jerrie was far from a feather-brained dilettante. She was one of the first female aeronautical engineering students at Ohio State, and began flying lessons at age 32 {she received her license a year later}. Her famous flight set the round-the-world speed record for her plane's class ~ for all aviation, not just the women's record.

A painting by Gerard Dou, from 1650. Jerrie ~ whom the newspapers dubbed the "flying housewife" ~ had more freedom than a 17th-century housewife, but she spoke in interviews of learning as a child about Ohio's "protective" legislation restricting women's activities. The mother of three, whose children were 17, 16 + 3 when she left for her 29-day flight around the world, decided to be a pilot when she was only 5.