Letters of Mrs. Adams, the wife of John Adams

“History and psychology tell us that changing around a lot is not a good way to get anywhere.” Angela Duckworth psychologist of success

grit
never give up 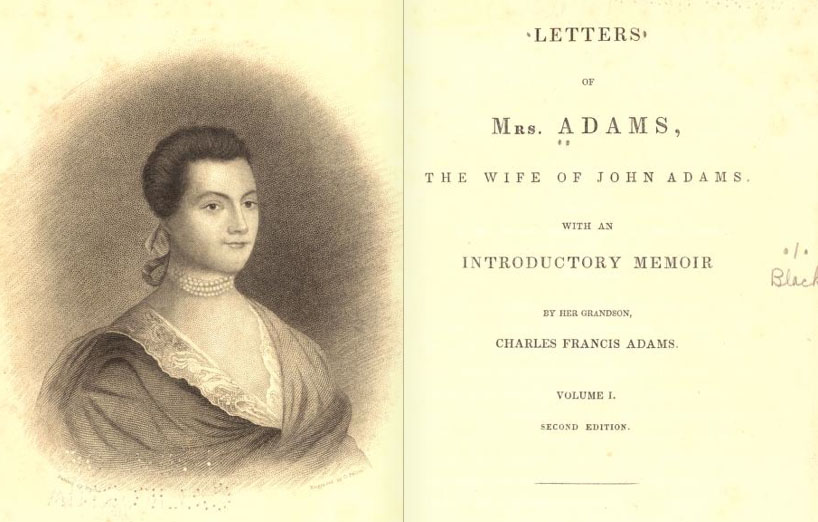 Letters of Mrs. Adams, the wife of John Adams none 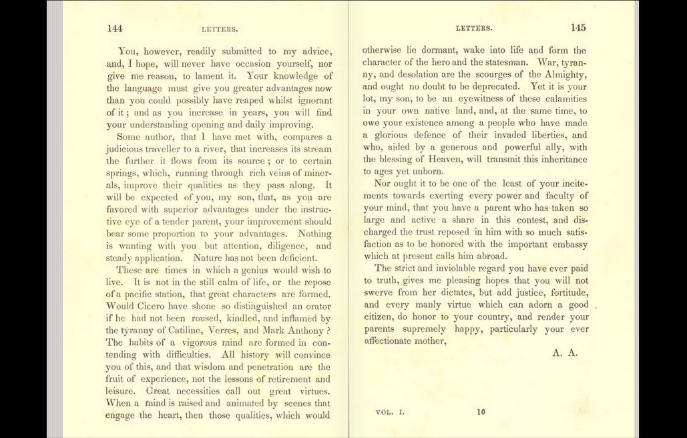 In her letter to her son {and future president}, Abigail tells him that now are the days that a genius would wish to live ~ written 4 years after the Revolution while he was on a diplomatic mission abroad with his father. She writes, "It is not in the still calm of life, of the repose of a pacific station, that great characters are formed . . . when a mind is raised and animated by scenes that engage the heart, then those qualities, which would otherwise lie dormant, wake into life and form the character of the hero and the statesman."

Letters of Mrs. Adams, the wife of John Adams

Abigail and her husband John Adams exchanged more than 1,000 correspondences throughout their lifetimes. Despite revealing personal intimacies, failures + goals, Abigail wished to have every letter preserved with the intention of us reading them 200 years later.