“I made my mind up to try. I tried and was successful.” Bessie Coleman aviator 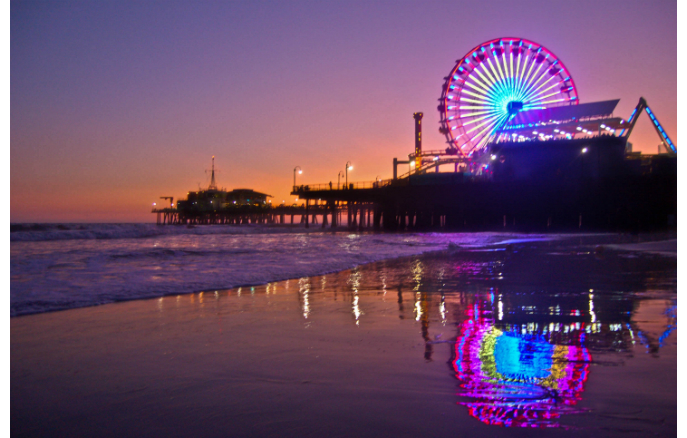 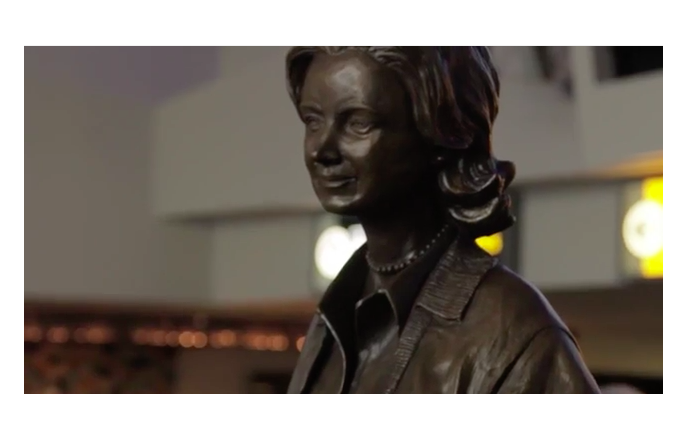 On the 50th anniversary of Jerrie Mock's solo around-the-world flight, a bronze statue was unveiled. Jerrie was not healthy enough to travel from her home in Florida, but she recorded her remarks to share.

The Ferris wheel lit up at sunset on Santa Monica Beach. Not only were there dozens of women who wanted to do what Jerrie did {including her hero, Amelia Earhart}, there was one who tried at the same time. Pilot Joan Merriam Smith planned to follow Amelia's flight plan, and filed with the FAA for approval after Jerrie. Neither woman knew of the other's plans, but Joan's announcement spurred Jerrie to move her own takeoff by two weeks ~ although her motives remained to use the flight as a way to see the world, not as a race. Joan was eventually grounded by mechanical problems with her twin-engine Piper Apache, and Jerrie completed her flight in 29 days, 11 hours and 59 minutes.